As Bloomberg reports, Bitcoin’s seemingly unstoppable ascent has taken the cryptocurrency to a new all-time high. Ethereum do not stand aside, and as usual has rushed after the king of cryptocurrencies.

The capitalization of BTC is approaching $ 1 trillion

The price of Bitcoin, which has surged 70% this year, has given the digital asset an impressive market value of nearly $ 1 trillion, thanks in part to Tesla’s recent $ 1.5 billion major investment and MicroStrategy’s efforts to join the crypto space, not to mention Wall Street bigwigs investing in the cryptocurrency.

The cost of the world’s most popular cryptocurrency has increased fivefold over the past year. It was trading just below the $ 10,000 level in February last year.

Bitcoin has consistently made notable gains because its current bullish momentum has made its market value a stone’s throw from the $ 1 trillion mark.

According to CoinMarketRate, the leading cryptocurrency is currently trading at $ 52,739. 94 with a market capitalization of $ 983 billion.

Bitcoin is superior to traditional assets

Bitcoin’s uptrend suggests that the cryptocurrency is outperforming more traditional assets such as stocks and gold, as its ongoing battle with the latter for safe-haven status seems endless.

Market analyst Holger Zschaepitz recently reported that the price of gold fell to below 1,800, while BTC broke the record, surpassing the $ 52,000 mark. He explained:

“It looks like Bitcoin is eating gold. While the cryptocurrency has reached new ATH> 51k, gold has fallen <$ 1800.”

The value of Bitcoin has skyrocketed because it has grown by at least $ 415 billion in 2021 alone, thanks to institutional investors, corporate treasurers, and speculators.

The rapid growth of BTC is constantly reinforcing its inflationary hedge status as it sees the $ 60,000 mark. Cryptanalyst Joseph Young believes that its price and value will continue in the long run.

Fear of missing out comes into play

Shane Oliver, head of investment strategy at AMP Capital Investors, believes that the fear of missing out (FOMO) may be a contributing factor to Bitcoin’s upward trend. Corporate giants like Microstrategy have become big investors in BTC, as evidenced by their balance sheet exceeding $ 1.3 billion in Bitcoin.

Institutional investors have served to fuel FOMO, paving the way with their irresistible appetite for the leading cryptocurrency. As Bitcoin’s dominance continues, the top cryptocurrency has undergone the third parabolic rise in its history with a target of $ 240,000.

It looks like BTC is on its way to the Moon, because the consolidation we’ve been witnessing since January has made $ 48,000 a new level of support.

On the other hand, Bitcoin futures activity indicates that traders do not see a sharp end to the cryptocurrency’s growth, as the spreads between the active contract and the March futures continue to rise, as data compiled by Bloomberg shows.

The next major milestone for Bitcoin will come when its market value exceeds $ 1 trillion – a threshold that will signal a new degree of maturity for the digital asset.

Based on the amount of the cryptocurrency, which is currently around 18.6 million, this will happen when its price reaches $ 53,677.

According to the asset manager’s forecasts, in the long term, Bitcoin could reach the $ 1 million mark to become a global reserve currency.

Anthony Pompliano, co-founder and partner at Morgan Creek Digital Assets, said the crypto asset could be valued at $ 500,000 by the end of the decade, and could eventually reach the $ 1 million mark per coin, without specifying when.

The price of Ethereum has risen to a new record high

Over the past month, the airwaves have grown by about 40%. Despite the scaling issues, ETH continued to grow, recently reaching a record high of $ 1,948.

The growing number of institutional participants has helped boost the value of ether.

After Bitcoin’s meteoric rise to its all-time high of $ 52,000, Ether also hasn’t stayed on the sidelines for the past 48-plus hours, rising from $ 1,740 to a relative high of $ 1,948, which also generated gains of more than 10% during the time window mentioned above. At the time of publication, ETH is comfortably at $ 1,928.

Commenting on the recent changes in the price of Ether, Jay Hao, CEO of the cryptocurrency exchange OKEx, pointed out to Finder that although the first altcoin continues to show sideways trading trends, it still reaches historical highs almost every second day, which is an extremely positive sign.

He also noted that the wave of news that the ecosystem has witnessed in recent weeks, namely, Tesla, Mastercard, NY Mellon, Deutsche Bank and MicroStrategy announcing their cryptocurrency moves, has had a positive impact on ETH, adding:

“Historically, when the price of Bitcoin rises, it quickly spreads to the rest of the cryptocurrency markets, and, this time due to the institutional rally, many are also turning to ETH. Recently, the number of large ETH holders has increased, which indicates possible institutional investments, and the launch of CME ETH futures acts as an additional stamp of legitimization of the first alternative.”

It should be noted that every day an increasing number of exchanges allows you to bet ETH, which leads to a restriction of the money supply in the upward direction. Not only that, the growing momentum of DeFi – which shows no signs of slowing down-has also played a role in the growing dominance of the Ethereum market.

The growing popularity of decentralized exchanges (DEX) is best evidenced by the fact that just a few days ago, the total trading volume on Uniswap alone was $ 100 million. If that wasn’t enough, the total blocked cost (TVL) across all DeFi platforms also continued to grow, nearly doubling in volume since the start of 2021.

Providing his view on the continued growth of Ether, Paolo Ardoino, CTO of digital asset trading platform Bitfinex, said that while the digital currency still faces challenges with scaling and congestion, it is unlikely to be ignored by the growing number of investors who are about to enter the digital asset industry, adding:

“We never make price forecasts for any tokens, including Ethereum, however, as long as one of them is optimistic in the global digital asset space, we can expect that the second largest cryptocurrency will be the currency that plays a leading role in any bull market.”

Despite the problems of scaling Etherum, for which a long-term solution to ETH2. 0 is being developed, experts believe that all the fundamental signs of the currency are quite positive, and can lead to a further increase in balance sheet prices.

ETH 2.0 will provide a holistic solution to the congestion and payment issues currently facing the Ethereum ecosystem, essentially consisting of a series of important updates, including the transition to Proof of Stake, which will significantly improve network efficiency, long-term scaling, and resilience, thus reducing network transaction costs.

It should also be noted that while the Ethereum community has several layer 2 solutions that can solve some of their congestion issues in cases like plasma and ZK pooling. But there is no guarantee that these opportunities will become solutions in the near future.

The developers of Ethereum want to devote all their resources to making ETH 2.0 a reality as quickly as possible. In the meantime, several projects are addressing the issue of blockchain interoperability and can work with Ethereum to launch ERC20 coins on their networks.

In this regard, platforms such as Binance Smart Chain, OKExChain, have recently introduced users to stable ecosystems that virtually eliminate transaction fees and waiting time, providing full compatibility with the Ethereum Virtual Machine (EVM), which allows developers of ETH DApp applications to easily migrate their projects and bypass high gas and overload costs until a full-featured version of ETH2.0 is available to them.

Professional traders are Skeptical about the $2,000 breakout

While a number of retail investors and experts believe that the $ 2,000 price range is already visible, the recent surge in Ether price dynamics has led to excessive leverage on the part of buyers of term contracts, which can most often encourage buyers to reduce their positions in the short term.

As a result, professional traders can sit on the sidelines, waiting to see how things will go with the first cryptocurrency. In this regard, it should also be noted that a report released by digital asset management company CoinShares earlier this month clearly shows that a huge proportion (80%) of the cash receipts that have entered the market recently have been directed directly to various Ether-related products. 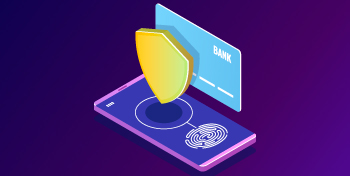 The crypto industry continues to grow with each new technology. Even if the government does not yet recognize cryptocurrency as ... 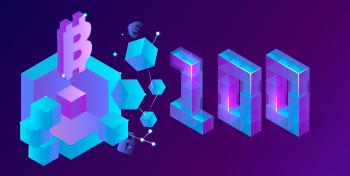 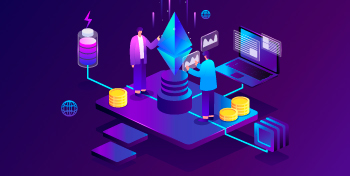