Today, the cryptocurrency market offers a service of new available digital services, in particular DeFi services. These innovative solutions offered to the public and their potential benefits are disrupting and changing the current centralized financial model.

Lending and borrowing money, receiving interest on money, and insurance are all examples of what a centralized financial system offers its customers. Centralized means that the sector is controlled by a central authority that controls the operation of the business.

Although these services have been available to the public for many decades (in Western countries), they have many disadvantages. One of the most memorable events that called into question the entire centralized financial service was the Global Financial Crisis (GFC) between 2007 and 2009.

According to the collected research, there doesn’t seem to be a single underlying cause of GFC. Although it is widely believed that the deregulation of the financial industry (which allowed banks, mostly based in America, to make loans to buy real estate) was used as a hedge fund to continue to grow their profits. Precisely because of the lack of transparency in centralized financial services, the financial management authorities were not aware that the property was being used as a hedge fund, which further led to the collapse of the real estate market.

Other disadvantages of centralized financial services include the following factors:

• A third party is always required to oversee any asset transaction between two parties that results in both parties paying a service fee.

• Due to regulations that exclude many people from the financial system due to its strict requirements, for example, you must be an Australian citizen to have an Australian bank account.

* Is at risk of fraud or misuse of funds due to a lack of transparency.

* The third party stores confidential information about its customers that may be disclosed.

* A third-party custodian (bank) is trusted to protect the financial assets of its clients.

* Increased time for processing customer transactions due to the fact that a third party needs to study all the necessary conditions under the contract.

Conventional financial contracts are used to ensure that Party A and Party B meet their terms under the contract prior to the final performance of that contract. However, the drawback is that there is always a need to include a trusted third party that would then observe and enforce the condition compliance by both parties.

A regular financial contract is always used when you need to bring or sell a large expensive asset, such as real estate. Both parties will need to use the services of a third party, such as a real estate agent and a lawyer. It is the job of these third parties to ensure that the process complies with local law, and that the transaction proceeds from Party A to Party B. After the transaction is completed, the third parties take their fee. This can be up to 6% of the asset’s selling price, which will then be transferred to Party A and Party B.

DeFi became possible only through the use of Blockchain technology. Since the blockchain is a decentralized network that allows you to store digital data that cannot be deleted or changed, it allows you to view this data on an open source platform. The advantage is that the transaction can be openly viewed between two parties, allowing for a peer-to-peer transfer method. Now there is no need to involve any third parties to monitor the transaction.

This is only possible because the DeFi service is used by clients in the form of a computer protocol or a program that uses the blockchain as the underlying platform. In much the same way that Microsoft Windows is an operating system for a desktop personal computer. Other programs can be created and run on top of an existing operating system, such as Microsoft Word or Microsoft Excel. The Android smartphone operating System (owned by Google) could be another example by which third-party developers can build and run their apps on top of the Android operating system.

These comparisons can be used to describe the DeFi program. It is simply a computer protocol or a program running on a blockchain platform that serves the financial needs of its customers. In particular, the DeFi protocol can also be called smart contracts.

It should also be noted that earlier blockchains could not run smart contracts, as they are too simple, and were never designed to run smart contracts. Think of it in terms of trying to run a high-performance video game on a PC built in the early 90s.

A smart contract is a digital automatic agreement or terms that are only fulfilled if certain agreements within the contract are met. Their main advantages and objectives:

* Eliminate the third party present in normal contracts so that the smart contract can be executed in a peer-to-peer environment between Party A and Party B;

* To complete the transaction by minimizing the level of trust required between Party A and Party B.

A popular example of a real-world comparison is a vending machine. This means that the customer enters their funds into the machine with the intention of buying a carbonated drink, then the corresponding buttons are pressed and the drink is selected. A mechanical lever inside the machine is activated, and the carbonated drink is dispensed. The bottom line is that the transaction occurred without the need for a third party to intervene, there was no need for a bank, clerk, or governing body, and the transaction was peer-to-peer.

During operation, the vending machine follows a set of rules (or algorithms) from which it does not deviate. It is told (or programmed) to issue a carbonated drink only when the correct amount of funds is deposited, and only after these conditions are met can the drink be issued (the contract is fully fulfilled).

A vending machine can be thought of as a physical device that executes a smart contract in the real world. By digitizing this concept and running it on top of the blockchain, a smart contract can offer many new benefits to the buyer.

The World Bank estimates that 1.7 billion people currently lack access to banking and financial services. DeFi services offer the opportunity to open up the rest of the world to new financial services, regardless of their income, race, wealth, culture, or geographical location. The new user only needs internet access. Because smart contracts allow for peer-to-peer transfer methods, they can save both parties money without paying for third-party services. As a result, these transactions are significantly faster than traditional methods.

Now, a property sale that usually takes months to complete can take just a few days. This, in turn, can potentially speed up the process of unlocking financial capital, which for many people is their main capital. The trust issues between the two sides have now been minimized, but unfortunately not yet completely eliminated. However, you can see that:

* Transactions are cheaper because the third party no longer charges a commission on the transaction;

* Transactions are faster because a third party is not required to monitor and sign the transaction;

* Because a smart contract is digital, it opens up new business opportunities for the world.

Since DeFi is still a new and developing industry, many problems have already been reported, such as:

* Blockchain instability can have a negative effect on a working smart contract.

* Smart contracts may have a poor user interface, making it difficult for the client to use them.

When evaluating the data collected, the new DeFi industry can be seen as what Uber did to the taxi industry, or what AirBNB did to the hotel industry. This is a new shift away from traditional financial services and giving customers more freedom and opportunity. Smart contracts should save both parties a lot of time and money, as they do not need to use third-party services. The DeFi industry can open up a whole world to new financial services, as only an internet connection is required.

DeFi is any form of financial service that serves its customers in a decentralized manner. A smart contract is just a piece of code running on top of a blockchain that cannot be deleted or changed. It can be viewed by both parties at the same time, which ensures the trust and transparency of the transaction. It will be executed only after certain conditions of the contract are met.

No third parties are needed to oversee the smart contract, as the coding in the contract already complies with local laws, and the terms are already set out.

Conventional financial contracts are likely to be used for many more years, until the general public gains much-needed knowledge, and better user interfaces are developed that will make it much easier for the average person to use smart contracts.

Bitcoin is having quite a good year and demonstrates strong price that recovered after the stock market collapse on “Black ... 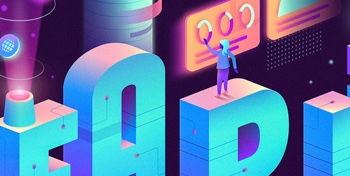 [vc_row][vc_column][vc_paragraph text="When choosing coins for investment, many factors are taken into account, but the most important thing in cryptocurrencies is ... 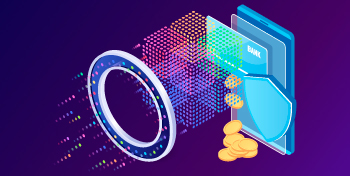