A week and a half ago, the announcement that Bitcoin would become legal payment method in El Salvador shocked the cryptocurrency world. The Congress of this country, by 62 votes out of 84, passed the Law on Bitcoin. And everything would be fine, but…

In a sense, the small Central American country is a good choice for Bitcoinization: the population is largely not covered by banking services, and the main component of its economy is international money transfers from the United States, Mexico, and other South American countries.

In addition, El Salvador regularly leads the region in the number of mobile phone owners per capita. Wallets that send and receive Bitcoins can increase security, speed, and (depending on the amounts considered) reduce the fees for citizens who send and receive money.

Price of BTC since its creation (2010-present, USD)

However, as the details behind the seemingly stunning development have become clearer, the glitz and pomp of the event dimmed. Indeed, the holiday tides are somewhat confusing.

Take Bitcoin … whether you want it or not!

Looking at the Bitcoin law, starting on page 8, sixteen articles describe its operation. Special mention should be made of articles 7 and 13. They are translated as follows:

Article. 7. Every economic agent must accept BTC as a form of payment in case it is offered to those who purchase a product or service.

Article. 13. All obligations in money, expressed in dollars, existing before the date of entry into force of this law, can be paid in Bitcoin.

For all that Bitcoin and cryptocurrency purportedly represent in a broader sense, it’s hard to see how provisions of this kind can appeal to any principled Bitcoiner or Bitcoin-Athenian libertarian. The first article (7) requires the acceptance of Bitcoin: it does not allow, but obliges. And article 13 single-handedly, with the notorious “stroke of a pen,” changes the terms of any existing contracts, so that creditors who expect or prefer dollars are forced to be satisfied with payments in Bitcoin.

It is very surprising to see how Bitcoin maximalists welcome what in any other context would rightly be derided as brazen state coercion: a sharp step away from Hayek’s ideal of a free-market monetary system. Especially when you consider that in such a market process, Bitcoin is likely to be at least a finalist, if not a ” winner.”

Fee for using BTC  can be very high. In fact, this is uneconomical: for a while, there were apocryphal stories about how to spend $60 to send $100 in Bitcoin. So, thanks to innovation, competing methods have been proposed to reduce commission fees to the point where Bitcoin would be more commercially viable. If it can’t scale to accommodate retail purchases (and, indeed, money transfers from El Salvadorans working abroad), it’s essentially a non-standard e-money system.

The alternative was to implement a second software layer on top of the Bitcoin software, creating a side chain through a software scheme called the Lightning Network, since this layer on top of Bitcoin is a kind of intermediary. By separating small transactions from larger ones for inclusion in the block, it allows you to process them with lower fees (much of this is simplified).

In El Salvador, a software development firm called Strike was set up in March, using (or actually building on) the Lightning Network to make small Bitcoin transactions available. But by requiring providers to accept BTC for payment, recipients of money transfers from El Salvador will have two choices: spend the BTCs they receive or convert them into dollars. The government has pledged to support a mechanism by which people interested in converting their BTC into dollars can do so. Thus, over time, the country’s government will always maintain a certain “stock” of Bitcoins.

This has its own implications, which we will discuss in the next section. But for now, think about the luck of Strike, which will have a huge advantage over any other competitors when they appear (if this is really allowed). Given the specifics of Bitcoin adoption in El Salvador, it is probably not surprising that the market is not working in terms of peripheral (if important) software elements. However, the immoral behavior of many Bitcoin maximalists is still surprising.

Finally, let’s look at article 14. It is translated as follows:

Article. 14. Prior to the entry into force of this law, the State guarantees, through the establishment of a trust in the Development Bank of El Salvador BANDESAL, the automatic and instant convertibility of Bitcoin to dollar alternatives provided by the State referred to in Article 8 of this law.

As such, the government plans to maintain a large trust fund (initially funded at $150 million) that will buy Bitcoins from individuals who prefer dollars and from vendors seeking to reduce price risk due to fluctuations. Haven`t your old trading instincts revived when reading this?

Having agreed to support what amounts to a BTC/USD currency pair without a binding, or rather, a variable binding, the need to replenish the fund with dollars can arise quickly and unexpectedly. Bitcoin is known for at least an incredible level of volatility. If we were to wonder where the dollars would come from, if the de facto monetary authority were suddenly faced with an avalanche of ransom requests, we would be left unanswered. It’s hard to imagine other countries or the IMF bailing out an exhausted Bitcoin repayment fund. Really?

This has been tried many times, especially in Argentina:

The Monetary Council of Argentina pegged the Argentine peso to the US dollar between 1991 and 2002, in an attempt to eliminate hyperinflation and boost economic growth. Although it initially had considerable success, the council’s actions ultimately failed. Unlike what most people think, this binding didn’t really exist, except for the first years of the plan’s implementation. Since then, the government has never had to use the country’s foreign exchange reserves to maintain the peg, except when the recession hit in 2000 and massive withdrawals from banks began.

The Argentine peso (the national currency) was unstable due to weak banking institutions, political instability, and an increase in the money supply to cover the losses of state-owned enterprises and finance large budget deficits. But even the then-fluctuating peso just pales, and smokes nervously in the corner, compared to Bitcoin.

Now consider what has changed the percentage of Bitcoin to double digits in a very short period of time: rumors of impending crackdowns, or the actual introduction of new, often tough rules. Eccentric billionaires (increasingly resembling Bond villains over time) make casual comments. In May 2021, Bitcoin fell by 35%: how much of the $150 million conversion fund would be left by the end of the month?

Of course, the fund may be insured by futures, forward contracts, or other instruments, but the trader sees in you all the attributes of a target for a speculative attack.

What would Nakamoto say?

We certainly share the enthusiasm that Bitcoin maximalists and cryptocurrency advocates have for the move being made in El Salvador, but that’s where it ends. Imposing the use of crypto by government force through what appears to be a monopolistic environment of software vendors is hardly commendable. Moreover, the possibility that an incredibly volatile instrument, converted to dollars in a small fund without support, could end up doing more harm than good to the economy seems underestimated. Would Satoshi Nakamoto consider the currently planned introduction of Bitcoin in El Salvador clearly better than, say, paper euros, yen, or dollar? It’s unlikely.

For the people of El Salvador and for everyone in the world who is looking for more solid money, we can only hope that the experiment being conducted in Central America will nevertheless bear fruit. Or at least that it will teach important lessons without taking too much out of” learning, ” to put it euphemistically.

Bitcoin is likely to gain further popularization through these efforts, but in its current structure, El Salvador is not destined to be the cradle of the worldwide DeFi (decentralized finance) revolution. If it ever materializes, the full realization of the cryptocurrency’s potential will only be provided by free consumers, producers, depositors, and investors who choose it from among the funds most appropriate to their needs. This can and will happen, but only in truly competitive markets, and not under duress. And then it turns out, as in the old joke: the collective farm is a voluntary matter. If you want to join, if you don’t want to, we’ll take it all from you. 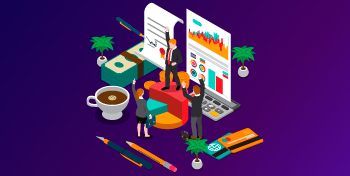 [vc_row][vc_column][vc_paragraph text="Since the beginning of 2020, the crypto industry has started to make progress. The productivity gains were observed till ... 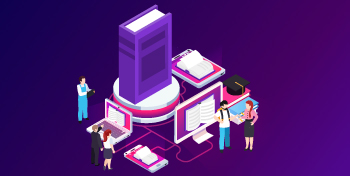 In order to conduct proper research on cryptocurrencies, a potential investor may need to explore many areas. One area that ... 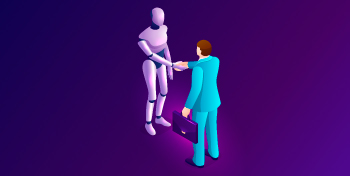