Bitcoin is a huge project in which many people focus their efforts on development. But who is really in control of this project and its development? Let’s talk about the forces that converge in Bitcoin and how they balance each other.

Bitcoin is a financial freedom

The birth of Bitcoin brought longstanding promises of decentralized money to life. Money in which no central entity controlled the system or manipulated it at will to their advantage. It was the birth of a new type of money, freeing us from chains of control that can be heavily imposed on society by financial means. And to some extent, it’s all true. Bitcoin is financial freedom.

However, since inception, the ecosystem has changed a lot. At first everyone was part of it, and then the rebellious spirit prevailed in the crypto community. But now the reality is very different. Now there are big companies that make a living in the ecosystem, and their economic interests carry huge weight. In addition, there are whales, miners, exchanges, developers, as well as a variety of economic and financial companies. And even the community itself seeks to balance and put a balance in its favor.

That’s why it’s very logical here to ask who controls Bitcoin? What is the biggest presence that determines what he is, his development and, more importantly, his future? We asked ourselves both questions, and that’s why we created this article with some answers that will certainly help you understand what’s going on in the Bitcoin ecosystem.

Bitcoin is the eighth wonder of the world. A decentralized system that some want to centralize.

If anything brought the human species to the fore, it is its desire to control everything and maintain that control. The very fact that we have the ability to control things around us gives us strength and calm. It’s simple and we’ve all experienced it. But in the VTS, this nature is broken because it is a decentralized system.

He’s neat with math, but anarchic in management. This means that no one controls Bitcoin per se, since what really defines its control is purely digital code, software, something intangible. At least that concerns his job, and that’s something we’re unlikely to change. That is, Bitcoin is a digital currency, and by being digital and decentralized, it escapes the absolute control that an individual or group of people can try to impose.

It’s a little hard to figure it out, right But it’s simple if we understand that Bitcoin’s development, every line of code that forms it from its inception to the present, has not been written, solved or imposed by an individual or a certain group of individuals On the contrary, it was something created by a community that involved hundreds and even thousands of people around the world. Some are well known, others as anonymous or even more so than Satoshi Nakamoto himself. But if anything is clear here, it is that Bitcoin’s development is not something imposed on the sidelines.

However, despite decentralized development, Bitcoin is constantly subject to attempts by individuals or very certain groups of individuals to control it. After all, who cares about the world’s number one cryptocurrency and its market capitalization equal to the annual GDP of many countries around the world? Undoubtedly, your and our answer are the same: many people are interested, especially if they invest in it, and want to increase these investments. And if this money is worth billions of dollars, then so is it.

Does this mean that Bitcoin has failed as decentralized money and in creating a community? Not at all, in fact Satoshi Nakamoto predicted this and therefore developed Bitcoin as free software. That way, if someone tries to run the system for their own gain, the rest of the community can undo that action by simply taking the code to go the other way. Genius, isn’t it? The best protection against absolute control over Bitcom is a simple software license, free software, who would have thought?

Despite this, many people think that Bitcoin converges a number of forces and interests that fight for its control. Yes, it is. There is nothing to hide here, because it is human nature in all its glory. Everyone wants to control the situation, whether it goes against their interests or in their favor. That’s why we can define these forces and measure their true impact on the control over Bitcoin.

And now let’s take a closer look at what these forces are, and what effect they have on the Bitcoin ecosystem.

One of the forces that challenge the most control over Bitcoin is the developers. After all, they are the ones who write the code that makes the BTC work. It is they who accept what changes will be made and which will not, how they will be made, when and why.

Essentially, we can say that crypto-asset developers are gods in the sense that they are in full control of what BTC software may or may not do.

It’s a situation that many in the community disagree with. The expression “There should be no kings in Bitcoin” (and even more so gods) clarifies this situation. The idea of the core of the real estate developer does not like at all, and the fact that positions like Bitcoin Lead Developer are not updated more democratically. It is also reported that because of this situation, censorship, corporativism, conflict of interest or political programs came to Bitcoin.

In any case, developers are that high control line that is ironically in some way necessary in one case and unpleasant in the other.

If we wonder, can I evolve to learn Bitcoin? Of course, the answer will be varied, but largely lacking the necessary programming and cryptography knowledge to solve this problem. Even though your suggestions for improvement are accepted, they should always pass the approval of the current Bitcoin developer. However, developers retain control over Bitcoin development, but they are always under the scrutiny of the community.

That’s the way it is: the whole community is looking closely at developers. It is tracked what they do, what they say and even what they don’t say. The best example we see is Gavin Andresen. His actions to amend the BTC, contrary to community consensus, allowed him to be relieved of his position as the leading developer of Bitcoin. And when he endorsed Craig Wright (Bitcoin Cash), the same community blew the outrage and spoke out against him.

Same with characters like Adam Back, who is always told he entered Bitok out of simple economic interests (and for nothing else) that he demonstrates by his position CEO of Blockstream. It’s the same with Gregory Maxwell, whom they call the “Bitcoin destroyer” in offerings like Follow, Taproot y Graftroot.

You know what’s the strangest thing? The situation is repeated in other projects, with a scale equal or even greater than that of Bitcoin. Take, for example, the development of the Linux kernel and Linus Torvalds, known as the “Lifetime Benevolent Dictator (BDFL).” And it’s clear why he’s called that. When developing a project, the last word always remains with Linus, and if you get screwed, his rudeness (his culture, as he says) will force you after socializing, undergo a long course of treatment at psychiatrist. Despite this, Linus is the only one who at the moment has the potential to implement a project of this magnitude.

Well, the same thing happens with Bitcoin and its developers, and many may see it as a problem, but they are necessary for Bitcoin to develop and grow both software and ecosystem, and no one can deny it.

Miners. The heartbeat of the network depends on them

Miners are another important player in the ecosystem, and it goes without saying that their position is vital to the functioning of the network. If, for example, a large mining pool fails, network security will be threatened by falling hashing speed.

But even worse could be if, for some reason, miners combine to attack the network. They can put a stop to her in a few hours because of the hard fork. It’s a worst-case scenario that can only be imagined, but it’s a possible scenario. Many cryptocurrencies practically died after an attack of 51%.

At the moment, miners have tremendous power, not only because they keep the network running, but because their actions can ruin it if they only want to.

However, here we are talking about game theory and Nash equilibrium. Although it is true that this would be possible, these actions are countered by the fact that miners invest heavily in the mining of coins, so destroying the network that feeds them is not very reasonable. But this is far from a brake on dealing with another problem: If a community outside the mining industry wants to make changes, and this change affects the interests of miners, they are almost unanimous (as already happened) will oppose the said change.

Last but not least, remember that they have the ability to decide which transactions to add to the block. With that, they can force users to pay more if they want transactions confirmed in the next block in the chain.

However, really for users, things aren’t that bad. Although all of the above is true, it is difficult for miners to coordinate their actions normally to create pressure. But not impossible. In fact, they are sometimes agreed upon. That’s why decentralization of mining is so important – a problem that Bitcoin has been trying to solve almost since its first birthday. 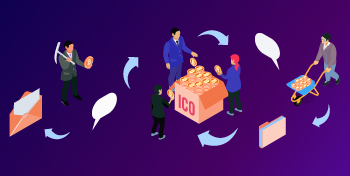 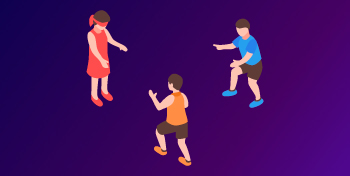 The innovative fund of UNICEF, blockchain infrastructure, and why they have decided to accept Bitcoin and Ether donations. Innovations, assistance ... 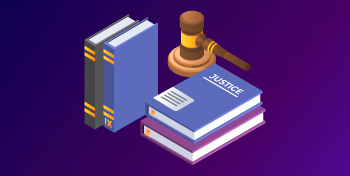 Although Latin America was a little late in its FinTech development, now the industry is showing a phenomenal growth in ...