Erebus is a type of attack that can affect the network of cryptocurrencies, such as Bitcoin and derivatives, change its operation, and even make its normal operation impossible.

Among the less known threats in the world of cryptocurrencies, the Erebus attack has recently appeared. This is a type of attack based on a distributed denial of service or DDoS attack that can take control of the entire cryptocurrency network to the point that it becomes unusable. Undoubtedly, this is a serious threat to the functioning of cryptocurrencies, which can disrupt efforts to create a decentralized world. Fortunately, the developers of the cryptocurrency are not only aware of the cyber threat, but have also created countermeasures to prevent such an outcome.

But how is it possible that Erebus can disable the cryptocurrency blockchain? What measures have been taken to avoid this problem? Well, this and much more we will explain to you in this article.

What is an Erebus attack?

The well-studied Erebus attack is actually a distributed denial of service (DDoS) attack, meaning it is a cyberattack that aims to interrupt the proper functioning of the network, making it inaccessible to users. Thus, no user (or a significant part of them) can perform transactions with cryptocurrency in the attacked network.

To achieve this, the Erebus attack works in two stages:

These types of attacks pose a serious risk to the security of cryptocurrency blockchains and users. The work that led to the discovery of this form of threat was carried out by researchers Muoi Tran, Inho Choi, Gi Joon Moon, Anh Woo. Woo and Min Seok Kang, who developed the theory and functional proof of concept in July 2019, in their paper “Bitcoin Peer-to-Peer Covert Attack”.

How does the Erebus attack work?

Now, to understand how the Erebus attack works, you must first understand how the cryptocurrency network works. In this sense, it is good to note that the cryptocurrency network is nothing more than a swarm of computers that have software installed on them that allows them to communicate with each other. These computers send and receive information over the Internet using a common language or protocol that allows them to work together. For example, a computer with Bitcoin software located in Russia can send and receive information to other computers located in any other part of the world, all without intermediaries and in a decentralized manner. This is what we call a peer-to-peer, or P2P network.

Now, although the network of Bitcoin and other cryptocurrencies is organized in a highly decentralized manner, the Internet, the communication bridge between the nodes of these networks is a very different story. The Internet is a network of millions of computers, but it is not completely decentralized. In fact, there are moments that are so important that manipulating them will deprive millions of people of access to the Internet. In addition, your Internet service provider may also manipulate your connection and, for example, deny you access to a particular website or service.

Well, that’s exactly what the Erebus attack does. Taking advantage of the capabilities of a cryptocurrency protocol such as Bitcoin to connect various network nodes, it performs a man-in-the-middle (MITM) attack to control the connections of these connected nodes. MITM occurs when someone can intercept a connection between two machines in order to listen and even manage all the information shared by the two machines during the connection. So basically, the one who does the MITM is the spy, the one who can see all the information that we share with the rest.

To implement an Erebus attack, you need to use two weak points:

Scope and danger of attack

As a result of these two weaknesses, an Erebus attack can manipulate the connections of the victim nodes and redirect them at will. This will, for example, make the following scenarios possible:

This is possible for an attacker, because by manipulating the connection of network nodes and redirecting it to nodes controlled by a set of different consensus rules, they can break the entire network consensus, causing a hard fork. Thus, an attacker can apply any set of consensus rules to the network that they wish.

Since an attacker can change the communication routes in the network, it is possible that he will capture the mining power by splitting the network. Miners depend on the pool nodes for their work, and if these nodes are hacked, the miners ‘ work can go wherever the attacker wants. Thus, with such mining power in its favor, it is possible to perform any other type of attack using schemes such as the 51% attack.

So, for example, an Erebus attack on Bitcoin can affect the Lightning Network, and all this is due to the fact that, although LN is a different network, its operation depends on the operation of Bitcoin.

As you can see, the attack range is extensive, but not only. In addition, Erebus has characteristics that make it even more dangerous:

Do these types of threats prove that cryptocurrencies are insecure?

Although an Erebus attack is a threat that can really take a blockchain like Bitcoin out of the game, in practice it is not easy to do this. In fact, the project has already taken action to prevent such an impact on the network. In addition, the idea is to further improve the protection to avoid this type of action and others that may occur in the future.

The researchers behind the discovery of Erebus tested their theory on the example of the Bitcoin network, making the PTS its first cryptocurrency network to be tested.

The reason is that Bitcoin’s P2P communication protocol is vulnerable to this type of cyberattack. In addition, any other cryptocurrency that uses the basis of the Bitcoin P2P communication protocol is also vulnerable. In this sense, such cryptocurrency networks as Bitcoin Cash, Litecoin, Dash (at the node and miner level, not at the masternode), Zcash, Qtum, Bitcoin Gold or DigiByte, and others are susceptible to this attack.

However, a group of cryptocurrencies that use Gossip protocols or their modifications for their work, such as Ethereum, are not susceptible to this type of attack. They can even easily detect an attack by noticing node manipulation.

Solutions to the problem

Despite the danger posed by Erebus, Bitcoin developers have already started working. In fact, with the release of Bitcoin Core 0.20.0, the Bitcoin software offers counter-measures that are thought to complicate the Erebus attack. This function is known as Asmap, the purpose of which is:

To protect Bitcoin from this problem, the Bitcoin Core development team decided to take some additional actions, including:

Taken together, these measures make an Erebus attack on Bitcoin even more difficult, but not impossible.

On the other hand, in addition to the actions performed in the PTS, other cryptocurrency derivative projects have also taken the same actions. This is the case, for example, with Litecoin, a project that uses the same network protocol as Bitok, and where they have applied the same rules to protect the network.

In any case, the developers of the cryptocurrency are aware of the risks, and therefore have taken measures to prevent the easy conduct of these attacks. After all, one of the main hallmarks of cryptocurrency is security, and that’s something that will never change. 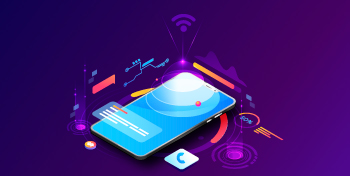 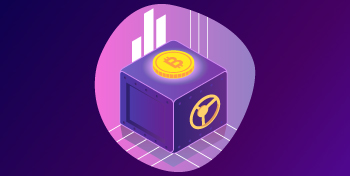 Bitcoin billionaire Tyler Winklevoss is firmly in favor of BTC being targeted for growth up to $ 500 million, and ... 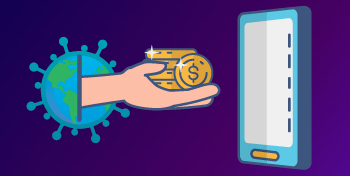 [vc_row][vc_column][vc_paragraph text="In an effort to revive economy in condition of crisis the US politics consider proposals that can put an ...