People’s Bank of China is calling on public opinion to support its plans to review existing banking laws, as it wants to completely ban cryptocurrency in China.

NBK will make its utmost to launch E-Yuan

According to the published notice, the NBK wants to change certain provisions in its laws that will promote the superiority of both the Fiat yuan and the digital yuan, which is on the verge of mass adoption.

The changes will support the digital yuan in accordance with the law, prohibiting the issue as well as the sale of any virtual tokens. The review also mentions the prevention of virtual currency risks.

In article 19 of section 3 of the old laws, the proposed revision contains the following phrase: “The yuan includes both physical and digital form.” In addition, article 22 of section 3 of the revised draft now prohibits the issuance of cryptocurrencies by any person, both natural and legal.

An attempt to review these specific aspects of banking laws in the most populous country, which came into force about 17 years ago, is also accompanied by proposed sanctions in case someone decides to violate the terms if the amendments eventually pass.

CDBC is a type of stablecoin issued by Central banks that inherits the advantages of blockchain, including a new money movement network, an encrypted currency form, transparency and confidentiality, while the Central Bank still retains absolute power to issue money.

The NBK has invested a lot of effort and time in the research and development of the DCEP project with its flagship digital yuan. The digital yuan has moved into advanced testing stages, and although an official launch date has not yet been set, the PBoC is doing everything to ensure its smooth integration without causing inflation, as it said back in April.

The Hong Kong government is considering working with mainland Chinese authorities on the CBDC project. According to Hong Kong Finance Minister Christopher Hui, Hong Kong is most interested in wholesale and cross-border digital currency use cases.

Hui added that the Board Of the Department of financial services has formed a working group to explore how Hong Kong can ” take advantage of DCEP’s development opportunities.” If the Central Bank of China (PBOC) wants to explore the use of the digital yuan outside of mainland China, including Hong Kong, the city government will respond and work with mainland Chinese authorities to expand channels for two-way cross-traffic flow. border funds of the yuan.

It appears that the Chinese authorities previously specifically selected the Greater Bay area, of which Hong Kong is a part, to test the Chinese CBDC.

Hong Kong is considered a global offshore yuan business hub, so it would be an ideal place to conduct e-yuan trials in the city.

The Asian financial center has been exploring the possibilities of using the Central Bank’s digital currency since 2017 as part of a project called “Project LionRock”. According to a study by the monetary authority of Hong Kong (HKMA), the city already had an efficient retail payment infrastructure, so the CBDC capability will target the level of wholesale and cross-border payments.

To push the LionRock project even further, the HKMA, in partnership with the Bank of Thailand, is conducting a joint study on cross-border trade payment trials by banks. 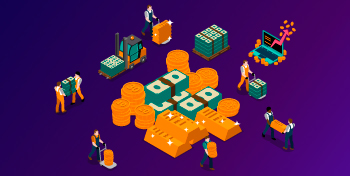 [vc_row][vc_column][vc_paragraph text="The supply chain difficulties seriously harm the world gold production, and the prices still haven’t been synchronized over the ... 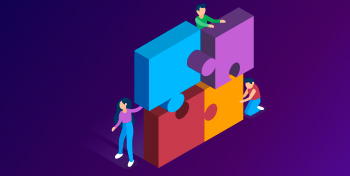 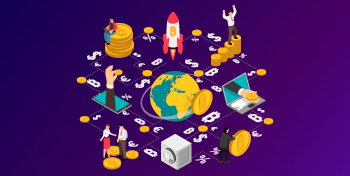