Blockchain is designed to provide greater decentralization, democracy, and transparency, but only a fraction of the business models survive in the marketplace. What needs to be done to make the technology finally catch on?

Blockchain: The Hard Way of Becoming

In 2018, Polish programmer Przemyslaw Tomann had the idea to create a blockchain platform called Mobycrypt. The platform should offer the ability to create personal tokens within minutes and automatically trade in crypto token-based markets without any technical know-how.

Tomann left his job as a programmer at Volvo. He put 2,200 hours of work into creating the project, wrote 80,000 lines of code, and invested 10,000 euros from his personal assets. Soon he attracted attention, found partners. It turned out to be an American celebrity who had come to Warsaw to meet Tomann. Everything looked normal. Then he waited and waited. The investor eventually jumped off by sending a message. It said the legal rules were too opaque. The celebrity didn’t want to take any chances. The other candidates for investors did the same. Tomann gave up. The dream of an alternative to the banking system ended before it began.

The blockchain pioneers imagined it so simple: greater decentralization, democracy, security, transparency, and uncomplicated financial transactions between parties without banks as intermediaries, based on smart contracts. In a word, the democratization of the financial system. Obviously, this idea was naive. The Chinese Academy of Information and Communication Technology (CAICT) announced in 2018 that out of more than 80,000 blockchain projects from previous years, only eight percent survived, so most blockchain business ideas have an average lifetime of 1.22 years.

The problem was discovered quickly. The technology had a downside: since data is stored and verified in a decentralized way as an information chain, sometimes on hundreds of thousands or millions of computers, the technology not only slows down the speed of many applications, but also consumes huge resources. This has now improved with the update of the Ethereum blockchain network. Many hope for a final breakthrough in this technology, but as Tomann’s failure shows, this was not only due to technical shortcomings, but also due to many factors.

When it comes to blockchain, companies still face a number of questions: does it offer added value from both an economic and environmental perspective? What is my business model? How do I really manage to make money from this? Do I need a blockchain at all, or is a classic database enough? Is the legal framework correct? How secure is the blockchain really?

Ethereum 2.0 Should Fix This

So-called smart contracts are a promising element of the blockchain. They were introduced with Ethereum. A simple example shows how they work: a company orders various materials from a supplier, which are regulated by a contract. The money transfer initially remains on the balance sheet, when the supplier delivers the material, it is scanned from the client and transferred to the blockchain. For example, if the quantity is specified incorrectly, the supplier will not receive the money. If everything is correct, the customer cannot delay or prevent the payment. All this is regulated by a smart contract, which is simply an algorithm agreed upon by the contractual partners.

Until now, the problem with such solutions was that the higher the number of users, the more heavily clogged Ethereum was. This was due to a cumbersome verification process: the PoW (Proof of Work) model requires an automatically calculated confirmation that a new block is plausible to add to the chain, such as a transaction or a scan of incoming goods. For this purpose, so-called miners are selected, depending on the available processor power. If the technology was overloaded, the transaction was left in limbo, so the effectiveness of many blockchain applications declined with increasing popularity.

The first step of the Ethereum 2.0 upgrade (ETH 2.0), implemented in late 2020, provides greater speed, greater efficiency, and greater scalability. Ethereum 2.0 is a transition from Ethereum to a consensus PoS (Proof of ownership) process. In the new approach, validators are selected based on their shares in the cryptocurrency. This means that the more crypto assets someone has, and the longer they hold them, the more likely they are to be selected as a validator, and be able to make money from it.

ETH 2.0 requires 16,384 such validators. This number was reached shortly after the update. Thus, the amount that needs to be selected for the so-called stacking is quite high. This is necessary for the selected person to identify themselves with the currency. This also results in a possible attacker having to have more than half of all assets in order to manipulate the block. Last but not least, this concept increases productivity. If previously 30 transactions per second were possible, then in the future it is expected to be up to 100,000. However, the complete upgrade process takes several years.

Blockchain – that’s what’s behind It

Blockchain technology stores data in chains consisting of separate blocks of data, each of which refers to the previous and subsequent blocks. These links consist of unique sequences of digits that are calculated from the block contents using a so-called hash function. If the content of the block changes, the link also changes, and the chain is broken. The complete chain is also stored in a decentralized manner on all computers that are part of the block chain and are called nodes. To add new blocks, they must first be confirmed by at least 50 percent of the nodes involved – this is an automatic process. This technology is considered one of the most secure, allowing you to keep consistent data in the long term and, thus, display business processes.

Banks fear that the blockchain will depend on them with increasingly sophisticated technologies, because now applications can be scaled at will. According to a PWC survey, 88% of financial institutions surveyed fear for their business. No wonder: if the algorithm makes a decision about lending, it can happen as often as you want during the day, while the bank has a limited number of employees. For example, the Berlin startup Centrifuge offers companies to tokenize invoices or invoices. Such ideas are especially popular among small and medium-sized companies, as well as among the self-employed. They often have difficulty obtaining simple loans quickly. This was especially evident during the COVID-crisis.

According to Defi Pulse, an analytics service provider, investment in Defi apps increased by nearly $8 billion between the end of 2019 and September 2020. Defi stands for decentralized finance, an alternative system for financial services, decentralized, transparent, inexpensive, because everything is automated. An example of a successful Defi App is Chainlink, a solution for verifying so-called oracles that are used by smart contract platforms to display information from the physical world. Another example is a complex protocol for lending and borrowing cryptocurrencies.

But how reliable is such a bankless system? How free is it? Defi relies on smart contracts. However, algorithms are prone to errors, especially since the blockchain protocol is constantly evolving. Any mistake can trigger misuse and lead to huge losses for users of Defi applications. Identifying flaws in smart contracts is not easy, as standards are still lacking. Although the launch of ETH 2.0 solves the problem of network scaling, it is not yet clear how the change to Proof-of-Stake will affect security.

Stephaan G. Verhulst, co-founder and chief research and development officer at the Management Lab, also notes that smart contracts often require physical anchoring, which further limits security. Let’s say someone orders goods, and the freight forwarder guarantees compliance with certain conditions of carriage, such as cooling, through a smart contract. One possibility is to install a sensor in the truck that will monitor the cooling temperature, and regularly transmit data to the blockchain. Thus, the promised conditions must be guaranteed on the entire route, because if the temperature drops, the contract is automatically canceled. According to Ferhulst, the risk here is not in the blockchain, but in the sensor. Because it is part of the physical world, it is easy to manipulate.

The power is simply shifting

Therefore, some companies, such as SAP, are trying to create consortia. For example, SAP is partnering with pharmaceutical companies and pharmacies to use a blockchain to ensure that medicines are delivered from production to customers without tampering. After production, the drugs are entered into a central database with a serial number. It is converted to a hash value, and is also registered in a private block chain. From this point on, the drugs are scanned again and again in the supply chains. Like credit cards, the algorithm checks for legitimacy, such as whether a certain amount of medication can even be in a certain place.

ETH 2.0, as well as blockchain networks like Polkadot or Tezos that are moving in a similar direction, will no doubt face some hurdles to expand blockchain approaches, but a big breakthrough can only happen through applications, and ultimately may require bold developers like Przemyslaw Tomann. 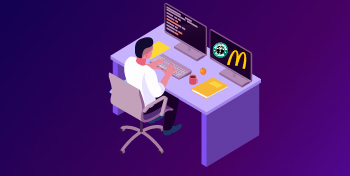 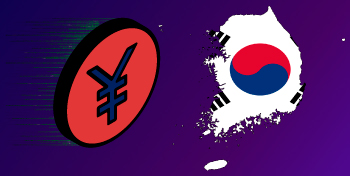 The new Chinese e-currency, digital yuan, may also be used in South Korea. PRC and its ambitions. This was reported ...