Although PayPal’s move is seen by most as a reliable indicator of the applicability of blockchain and cryptocurrencies, It is not without drawbacks. Some aspects, including centralization, are becoming questionable, and serious at that.

A change in mood or a subtle calculation?

After the news that payment giant PayPal received a conditional license from the new York Department of financial services to offer the existing user base the ability to buy and sell cryptocurrency from the app, there was a subtle debate about the pros and cons of this system.

The recent announcement that PayPal will offer cryptocurrency support to its 346 million users and 26 million merchants has pushed the price of Bitcoin above $ 13,000, causing excitement within the crypto community as well as among respected investors and traders in the stock market.

However, many in the crypto space believe that the growing centralization of cryptocurrencies is hurting the technology, which has sparked debate about the perceived dangers this announcement poses to the broader crypto community.

The new service will initially support Bitcoin, Ethereum, Bitcoin Cash and Litecoin, which will allow users to use cryptocurrency to pay for goods and services on the Internet. These services were made available through a recent partnership with FINTECH firm Paxos. Users will be able to buy and sell cryptocurrencies using the PayPal app, and payments in cryptocurrency to sellers will be made in Fiat without additional fees.

In 2014, after publicly rejecting bitcoin, questioning the validity and legitimacy of the cryptocurrency as a secure and reliable payment method, the payment system now accepts It.

The old message that cryptocurrencies are used mainly for illegal and nefarious activities quickly disappeared. Many prominent investors, including Paul Tudor Jones, have completely changed their minds about the value proposition of cryptocurrencies, in particular Bitcoin, as a hedge against inflation. Currently, it is almost prestigious for any forward-thinking investor to have at least a small share of their portfolio in the MTC, as the dollar weakens and US stock markets collapse, in the face of socio-economic and political uncertainty.

PayPal’s move to integrate cryptocurrency services for its huge user base reflects this change in sentiment, as trust in cryptocurrency continues to flourish and poses a threat to the entire traditional financial system.

You may ask: what about banks? Many banks are sure to be left behind if CBDC DOESN’t succeed, as evidenced by the rapid acceleration in the growth of Central banks ‘ digital currencies.

Shortly after PayPal announced plans to offer crypt support, The company’s share price soared, reaching a new all-time high. Is this a clear reflection of the changing sentiment towards cryptocurrencies? Maybe.

Many traditional investors may still be too risk-averse to hold a crypt, but the shareholders of companies that own it are now indirectly linked to the asset class.

The faith of companies like Grayscale, Square, and Microstrategy in Bitcoin and other cryptocurrencies is accelerating the adoption of blockchain technology in traditional Finance and businesses. By data bitcointreasuries.org, 3.74% of all Bitcoins, or 785,999 BTC, were owned by publicly traded companies.

PayPal is well positioned for the intersection of Finance and technology, and could further strengthen the newfound trust in Bitcoin among other businesses and large companies watching from the sidelines that may soon start joining.

PayPal was part of the original Libra consortium before pulling out at the end of last year. This ambitious project was scrapped in 2019 after regulatory approval became a major obstacle amid concerns that the project could pose a threat to the US dollar.

The Facebook-led project was initially proposed as a global currency without permission that would be available to anyone with an Internet connection, serving more than 1 billion people without access to basic banking services.

Key players such as Mastercard, Visa, and Swipe joined PayPal and exited the project. US senators Brian Schatz and Sherrod brown wrote to Swipe, Visa and Mastercard to warn of the “frightening impact” of the Libra project on the global economy, and the additional impact it could have on existing business models.

After huge regulatory and political pressure, Libra 2.0 will eventually become like any other payment processor. This seems to be one of the key reasons for the departure of the payment giant, which may have been planning to watch from the sidelines for some time.

The Reserve platform is a flexible pool of stablecoins that aims to reduce the risk of cryptocurrency transactions through decentralized management. The reserve is a network of Fiat gateways that simplifies the decentralized purchase, sale, and storage of digital dollars on the blockchain.

Such stablecoins will meet PayPal’s main goal of facilitating online payments, and will also look to the future of blockchain-based digital payments as the global financial infrastructure awaits a complete overhaul.

The reserve rights management token (RSR) rose almost 50% after the PayPal news. This may be partly due to one of the main investors in the project. Peter Thiel, co-founder of PayPal and an early investor in Tesla and SpaceX, is one of many high-profile investors in the RSR project, which includes Coinbase Ventures and PayPal Vice President of marketing Eric M. Jackson.

Many speculate that the RSR is part of a long-term goal that prompted PayPal to circumvent the Libra agreement. CSO CoinShares Meltem Demirors hinted that PayPal may try to introduce its own cryptocurrency token focused on payments, which is somewhat similar to the digital dollar. Some believe that if this happens, the Reserve platform could play a key role in creating PayPal’s digital dollar, and given the effectiveness of the RSR in tandem with the news, it looks like the market agrees.

In an interview with CNBC, Demirors stated that Venmo PayPal will be the perfect platform for the next generation of retail crypto investors from the millennial generation who already use the app on a regular basis.

If Reserve were to meet its goal of providing a stable and transparent digital asset without borders, this could have a major impact on global financial inequality.

Cryptocurrency has become a highly efficient and effective way to make transactions anywhere in the world, free from capital controls or censorship. Despite the recent congestion of the Ethereum network, and the sometimes painful time of confirming Bitcoin transactions, blockchain is quickly becoming the preferred method for businesses and individuals to conduct transactions in countries experiencing severe economic turmoil.

This emerging market is too “delicious” for PayPal to miss out on. By infiltrating emerging economies that rely on cryptocurrency for payments, the giant could gain a larger user base than ever before. Traditional banks that use the SWIFT system will have to act quickly if they want to maintain a dominant position in the market.

Payment technologies are a rapidly developing environment. PayPal is at the forefront of digital payments, having dominated the sector for many years. Recently, however, competitors like Square CashApp have knocked the veteran down a notch as the industry embraces the latest technological advancements and requirements.

Innovation in payments is growing, and the pursuit of blockchain technology is accelerating the race to leadership. By not accepting cryptocurrency, PayPal is likely to lose popularity in the coming years.

Entering the cryptocurrency space at this time, it can be argued that PayPal is a bit late. But in reality, this may not be the case.

Reality, or what you forgot to say

Although users will be able to pay for goods and services using cryptocurrency, sellers will receive payment in Fiat.

The initial iteration of PayPal’s offerings will mean that crypto assets will not leave the platform. To begin with, it will be impossible to transfer the crypt to other wallets. Instead, PayPal will manage an internal ecosystem that essentially gives access to digital assets while offering a comprehensive storage service.

Until PayPal introduces a withdrawal feature, any Bitcoin entering the platform essentially falls into a” black hole ” from which it will not be recycled in the crypto markets. This effectively reduces the traded volume of Bitcoin, while simultaneously concentrating the asset in the hands of one of the largest companies in the world.

Despite the wave of adoption and new opportunities for using digital assets, the transition to offering crypto services can be detrimental to business, since the growth of cryptocurrency adoption does not necessarily mean an increase in trading volumes. Additional spending on new infrastructure may damage the platform’s balance sheet.

Some see PayPal’s move as the next stage of the Bitcoin legacy, as the interaction between the traditional financial sector, Central banks, and blockchain firms continues to expand. One thing is clear: FINTECH and payment companies are rushing to cryptocurrency, leaving commercial banks and the legacy financial system behind in a rapidly changing economic landscape.

Although PayPal customers will not get full access to cryptocurrency, users will still have the opportunity to plunge into this relatively new asset class, without the fear and uncertainty that prevented so many people from investing in cryptocurrency in the past.

If supply and demand have anything to do with the cryptocurrency market, it seems logical that these offers from PayPal will increase demand. The growing demand for Bitcoin is clear, and the chain indicators show that the supply of BTC on exchanges is at an all-time low.

PayPal’s integration with cryptocurrency was not envisioned by Satoshi, and many will argue that increased centralization harms the crypto industry, and that this type of retail adoption does not contribute to the overall mission of Bitcoin. At the same time, if the cue Ball needs to get some kind of reserve currency status, it can only do this with mass implementation, which will be much easier to achieve with this kind of integration.

On the other hand, with such rapid growth of large enterprises entering the space, cryptocurrency and blockchain technology in a broader sense may become increasingly centralized over time.

If this centralization leads to a concentration of assets, then it will most likely lead to Bitcoin becoming the same as any other traded stock, asset, or commodity. 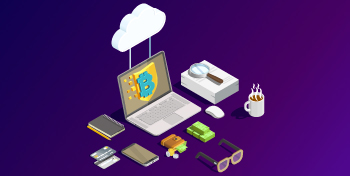 Paul Tudor Jones, founder of Tudor Investment Corporation and 7th most profitable hedge-fund manager in the world claimed that crypto ... 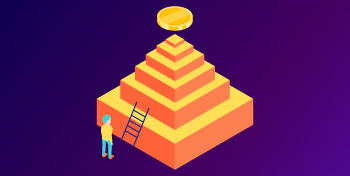 A trio of crypto traders who were victims of an MLM scheme implemented a fake crypto investment scheme with a ...

What a time for crypto traders! Did anyone foresee such an outcome in 2009? This is the first time that ...