In order to conduct proper research on cryptocurrencies, a potential investor may need to explore many areas. One area that might be useful is simply studying the asic industry terminology.

A certain jargon is very unique to a digital currency, so it is unlikely that traders would have learned it when studying other asset classes such as stocks, bonds, and commodities. As we said in previous parts, without knowing the terminology, you are already guaranteed to fail.

Let’s look at, and you will learn the most popular terms related to cryptocurrencies, which will provide a solid basis for you to distinguish a hamster from a whale, and a Cue ball from an Alt. And so, let’s start.

In digital currency, an address is basically a destination where a user sends and receives digital currency. In a way, it’s like a Bank account. [1] These addresses usually include a long set of letters and numbers.

Altcoins are a digital currency other than Bitcoin. At the time of writing, more than 3,590 altcoins were listed in the CoinMarketCap data source. Another way to describe the term” altcoin ” is to refer to it as an alternative Protocol asset, which means that it follows a Protocol (set of rules) that is different from the Bitcoin Protocol.

In crypto trading, arbitrage means using the difference in price between two different exchanges. If Bitcoin is sold for $10,700 on one exchange, and 1$0,750 on another, a trader can buy the digital currency on the first site and sell it on the second with a small profit.

“ATH “is an abbreviation for ” all – time high”. This term can be quite useful for tracking cryptocurrency markets. These assets are so fickle that don’t forget about their ATH. The digital currency could potentially reach several local highs before rising to a new historical high.

“Bears” believe that an asset, such as a digital currency, will fall in price. In other words, if a trader thinks that the cryptocurrency will devalue, their attitude towards the digital asset will be “bearish”. In many situations, traders use this expectation to open a short position on an asset, which means that they will make a bet that will pay off if the asset falls in price.

Many digital currencies use blocks containing transactions that have been confirmed and then merged.

The blockchain, which is a distributed registry system, consists of a series of blocks. These blocks contain verified transactions. The blockchain was designed to be not only decentralized, but also immutable, which means that records cannot be deleted after they are placed in this distributed registry. The idea of a blockchain was first introduced when a technical paper on bitcoin was released in late 2008 [3].

If a trader believes that an asset will grow in price, he is a bull. Optimism about the future value of a crypto asset is called a bullish mood

When the network nodes agree that the transaction has taken place, this is the achievement of consensus. This agreement is crucial if different network participants (nodes) must have the same information. In other words, consensus is critical for distributed registry systems.

Cryptocurrency is a virtual currency based on cryptography. Bitcoin, for example, uses cryptography to verify transactions.

Cryptography is basically the process of encoding and decoding information so that third – party observers cannot decrypt the information being sent.

A distributed denial-of-service (DDoS) attack occurs when multiple parties work together to overload a system by flooding it with requests for information or malicious data. In essence, the parties involved in such an attack want to prevent a resource, such as a server, from providing a specific service, such as serving a web page.

Some digital currency exchanges have been subjected to DDoS attacks by hackers seeking to damage these markets and hoping to take advantage of this vulnerability to steal cryptocurrency. While attempts to steal digital assets may not work, crypto exchanges may simply be paralyzed by congestion, and will not be able to make transactions through the market.

A distributed registry is a system for recording information that is simply distributed across many different devices. The blockchain, for example, is a distributed Ledger that was originally created to track all Bitcoin transactions.

Escrow refers to a third party holding financial resources on behalf of other parties. A third party will hold funds in escrow when other participants in the transaction may not trust each other.

Fiat currencies are funds that have value because they are issued by the Central Bank. Fiat means “by decree”, and these currencies have value only because some Central authorities have decreed that they have a monetary value. These are ordinary paper banknotes that we all know.

The exchange is basically a trading platform where traders can make transactions with the digital currency. If a person wants to buy a crypt, switching to an exchange is the fastest way to achieve this goal.

The term “FOMO” means “fear of missing out”. This happens when investors start buying a certain asset based on their expectations that it will increase in price.

Getting caught in a FOMO trap can be dangerous. More precisely, buying a crypto asset because it has recently shown significant growth potential can lead to a person becoming a victim of market manipulation.

A fork is a change in the rules or Protocol of a digital currency. Developers update the crypt Protocol from time to time. A fork can be either a hard fork or a soft fork..

Fear, uncertainty, and doubt can be summed up in the term “FUD”. Misleading or inaccurate information that is distributed in order to cause a decrease in the price of an asset is FUD. This is done for the purpose of speculating on price dips.

A hard fork is a type of fork that permanently changes the Protocol or rules of a digital currency. When one of these forks occurs, a completely new blockchain is created that will not accept blocks mined using the old rules.

However, the old chain may survive, leading to a scenario in which both the old and new blockchains can continue.

Cryptocurrency investors have developed the term” HODL, “which means” buy – and-hold with all your might.” The abbreviation originally came from a misspelling of the word “hold”. Digital currencies can be very volatile, so when they start experiencing significant price fluctuations, some market participants say that they should just “walk around”.

An initial coin offering (ICO) is when an organization offers digital tokens to the public in an attempt to raise money. Companies often carry out these proposals to Fund the projects.

These digital token sales are often compared to initial public offerings (IPOs), when companies sell more traditional assets such as stocks and bonds to raise money.

KYC means “know your customer”. Many jurisdictions have KYC rules that have affected startups conducting ICOS. These rules require companies that sell digital tokens to verify the identity of their investors.

A Long position is one in which a trader, buying a currency at one price, makes a bet that he will close the transaction at a higher price

Although a simple purchase of a digital currency is one example of opening a long position, there are other methods. For example, traders can use options and futures.

Mining is the process of creating new units of digital currency. For example, the Bitcoin network issues new coins every time a block is mined. In this case, mining involves the confirmation of the transaction and combining them into blocks.

This verification requires equipment and electricity, and miners are rewarded with new coins for providing these necessary resources.

A mining reward is a reward that miners receive for confirming transactions and combining them into blocks. For example, checking transactions on the bitcoin network requires special equipment and a significant amount of electricity, so miners are Rewarded in the form of a mining reward.

Initially, the reward for Bitcoin mining was 50 BTC, but today the reward has been reduced to 6.25 BTC.

When a digital currency gains strength, it means that its value increases dramatically. For example, a crypto trader can say that an altcoin is flying “to the moon”.

You may be very surprised, but this is not all. We have just started learning the jargon of the crypto enthusiast, almost without touching the slang of the crypto trader. But we will talk about this and many other interesting things next time. 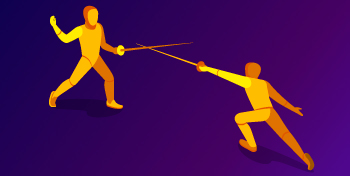 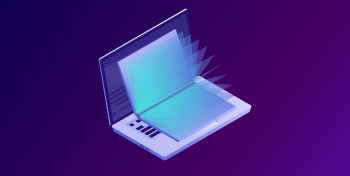 Everipedia, the decentralized encyclopedia based on EOS blockchain, announced its aim to expand its activity regarding decentralized finances (DeFi). New ... 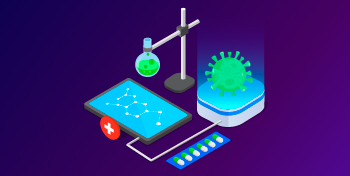 In a tweet, president Trump announced that he and the first lady tested positive for Covid-19. Given the president's age ...