Staking and Mining are two terms that are often found in the world of cryptocurrencies. But have you ever wondered what the difference is between staking and mining? This is quite difficult to distinguish, especially since these two consensus mechanisms work almost equally in blockchains.

Stacking as an alternative to PoW mining

Let’s start by focusing on the distinction between staking and mining cryptocurrencies. We will take a close look at these two algorithms, look at the main differences between them, evaluate their pros and cons, and check the reasons why one of them is preferable to the other.

Mining is the process of adding new blocks to the public chain registry after verifying cryptographic transactions. The algorithmic process used in mining opens the way for the release of new tokens. New crypto assets are given to successful miners as a reward for their computing power. The consensus mechanism underlying mining is called Proof of Work (PoW) – proof of work.

When crypto transactions are executed, they are combined into a “block” and added to the public chain registry. Then a node (a computer connected to the crypto network) is used to maintain verifiable records of these blocks.

Mining now occurs when a node receives a transaction, verifies its validity, and adds it to the blockchain. The transaction is structured and repeatedly hashed until the hash of the block. Miners continue hashing using different numbers (nonce) until a valid block hash appears. This valid hash is then verified by other nodes and finally added to the block chain.

Mining is a resource-intensive process that requires a lot of computing power. New crypto coins are created to reward a node that managed to mine a valid block hash.

Stacking is the process of locking a certain number of crypto assets to support the operation and security of the block chain. It uses the Proof of Stake (PoS) consensus mechanism to verify blockchain transactions and ensure network security.

Instead of solving complex hashing problems, the staking consensus mechanism randomly assigns an altcoin to validate the next block of transactions.

A person can only confirm transactions that are equal to the number of assets they have placed. Therefore, the probability that they will be assigned a verification job (validator) is higher when a person has a large number of crypto assets in the network. For example, you put 10% of the total number of coins in the network on the stack, which gives you the right to check 10% of transactions for new blocks.

To start the staking process, you just need to put a certain amount of coins in your wallet. Simply put, staking involves locking cryptocurrency in your wallet to receive a reward.

In particular, staking is the process of participating in blockchain operations in order to receive remuneration. The crypto assets that you commit are used to verify transactions in the block chain. Staking activity is almost similar to mining, but the Proof of Stake algorithm is used instead of the typical Proof of Work used in mining blockchains.

By placing crypto assets in a stacking pool, you will receive a reward after selecting your block. The reward fee is earned as a result of placing your cryptocurrencies. You need to delegate coins to stacking and maintain a minimum balance of a certain cryptocurrency to get these rewards.

You bond a certain number of coins to the stack. The PoS Protocol then randomly assigns the next block verification task to any of these coins. The more coins you bet, the higher the chances that they will be selected by the Protocol for verifying block transactions. However, to create a more democratic approach, there are 2 other options: randomization and stack age.

Imagine that your block is a piece of cake, where the filling is randomization, stack age, and node balance. Depending on the consensus algorithm, you can take a bite out of the pie. So, it doesn’t matter how many cherries (node balance) are contained in your piece, since you were randomly selected to actually be able to take a bite out of it.

You put all the ingredients to create this cake, and each piece will be a block. The platforms then incentivize you by creating and providing you with staking rewards. They come in the form of transaction fees, or new crypto assets. Staking rewards are often comparable to receiving interest on money held in a Bank.

The purpose of staking

Other goals of staking include providing holders of crypto assets with a way to generate passive income, and using it as a less energy-intensive alternative to mining.

The main differences between stacking and mining

What is the main difference between the two types of blockchain activities? This is the computing power (energy) that they both use to verify transactions and mine new cryptocurrencies. Continuous hashing of mining requires a lot of energy and resources. Meanwhile, for the operation of the stacking requires less resources.

Another key factor is security, since the decision-making authority extends to a larger number of stakeholders than in mining.

Other differences include the following:

Staking does not require expensive hardware, unlike PoW mining, which is used for mining new coins. ASIC and other hardware used in mining may become worthless, whereas the value of assets delivered via PoS usually does not depreciate over time.

When mining, rewards are randomly assigned (only if you use high-level computing systems), and stacking relies on 3 options (stacking age, randomization, and number of node coins) to select a node, and offers more predictable rewards, especially if you have a large stack for a particular coin.

Here are the disadvantages and limitations of mining:

Meanwhile, there are also disadvantages and limitations to staking:

What should I keep in mind when choosing

You can certainly try to mine cryptocurrency if you have enough equipment and electrical resources. Make sure that your operating costs do not exceed the projected profit from mining crypts, otherwise you will lose your assets instead of receiving them. Meanwhile, you can choose to stack instead if you have sufficient coin reserves in your wallet.

When to delegate coins and which ones to use

So, the next question arises: when can I send my coins to staking? You can bond tokens when their number is sufficient to enter the staking set by the cryptocurrency wallet, platform, or staking pool. It’s usually simple: put your coins in your wallet and enable stacking.

Now another frequent question from newcomers: “What coins can I bet?”. This may differ depending on the percentage of annual return, the wallet used, the platform or the application for decentralized Finance (dapp). However, the most common coins include:

Staking platforms constantly provide a large selection of PoS coins. For example, Ethereum (ETH) is gradually moving from mining (Proof of Work) to stacking (Proof of Stake), so you can bet your Ether coins soon. However, in order to become a validator, you will need at least 32 ETN.

Wallets and exchanges for staking

Finally, the last question that may arise: “Which wallets or exchanges allow me to do staking?» It turns out that there are a lot of them, for example:

Proof-of-stake consensus is the future of the crypto industry. A striking example of this is Ethereum, with its update Ethereum2.0., which will enable the transition of the entire blockchain ecosystem to PoS. A lot of people in the crypto space are looking forward to these changes, since then Ether stacking will become available.

Coin stacking allows you to participate in the strengthening of the blockchain, receiving passive income from this. This is one of the simplest forms of making a profit from your crypto assets: you just block them on your crypto wallet, and over time you get a profit. Many wallets and coins can be used, and more are added to them as some crypto-blockchains move from PoW consensus to PoS consensus.

Anyway, mining and staking are two protocols that can both verify cryptocurrency transactions and add additional blocks to the chain in different ways. But they are both profitable for crypto enthusiasts. It all comes down to the question of choosing the most suitable option for you. 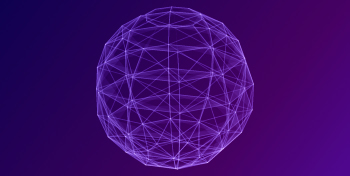 With the technological revolution, the use of Blockchain as a vital financial resource becomes absolutely necessary. These considerations lead to ... 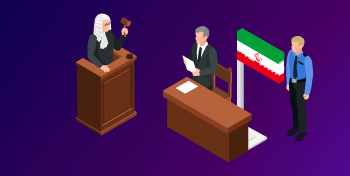 Bitcoin can be used by Iran as a tool to partially combat the dramatic situation it finds itself in. Is ...

In the news or analysis of the crypto markets, we often come across such a term as liquidity, and as ...