The recent halving was followed by the real reduction of Bitcoin transaction fees.

Proof-of-Stake will replace Proof-of-Work. After the BTC halving that occurred on May, 11th, the time for block opening rose to its peak and exceeded 14th minutes with the sharp drop of the everyday amount of confirmed transactions.

In particular, on May, 24th, there were just 214 000 of unconfirmed transactions, and on the next day – 345 000. This is a significant drop in the number of confirmed exchanges that has lead to the increase of commission charges. The average rates grew from $0.6 at the end of April to over $6, and the peak after the halving was $6.6 on May, 20th. The median payment has increased from $0.3 to $3.9 over the same period following the tendency. Currently it seems that things are getting back to normal, and the everyday average fee returns to $1, and the midpoint has fell below $0.4.

The collapse was caused by the sharp reduction of the lockup time that declined lower that 10 minutes, and, as a result, the amount of the confirmed transactions got back to 300 000. In truth, there are still very few of such transactions, especially in comparison with almost $1 million of everyday exchanges that Ethereum blockchain processes.

The point is that the maximum limit of 1 MB for BTC blocks does not enable to process more than 3000 transactions for a block. And as far as a new block is usually opened each 10 minutes, their amount seldom exceeds 350 000 transactions per day.”This leads to the increase of fees when BTC blockchain is overwhelmed since miners usually choose what transactions to include in blocks they mine depending on the charges.

Still we should note that although there are no plans to change the 1MB block size limit, there are already some alternative solutions that enable to send BTC with significantly lowers charges. Firstly, there is Lightning Network that is not yet widespread but it already helps to reduce the commission charges due to the off-grid transactions. Besides, ironically, Ethereum blockchain may help because of ERC20 tokens like WBTC or pBTC that make it possible to transfer figures equivalent to BTC’s but using Ethereum blockchain, not the Bitcoin. This solution is being used with the increasing frequency considering that with the possible implementation of Proof-of-Stake on Ethereum that replaces Proof-of-Work, the volumes of transactions managed by this blockchain will be higher and with lower fees. 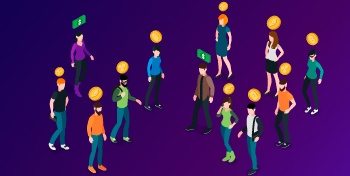 [vc_row][vc_column][vc_paragraph text="Despite the growth signals resumed in the morning, both stocks and crypto hamper since the market is influenced by ... 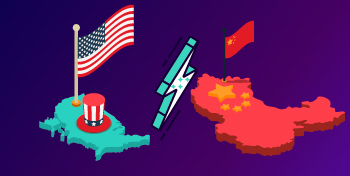 Analysts suggest that the tension between the US and China is crucial to the growth of the bitcoin price. Bitcoin ... 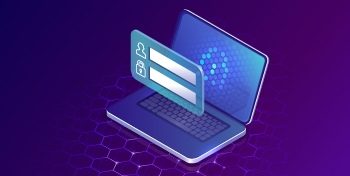 Fraudsters are attacking blockchains, exchanges, ICOs, crypto wallets along with spreading malware for secret mining. As often as not, their ...