As protests and turmoils continue dominating in newspaper headlines, the leading crypto entrepreneurs entered Twitter to comment on the current situation.

Over the last few days the BTC price showed significant volatility, considering that the price had exceeded $10 000 before falling down. The price volatility has coincided with even more unstable events in the USA that are now facing extreme turbulence and anarchy amidst the murder of George Lloyd. This has, in turn, made famous crypto space players express their positions, and, as is usual in crypto industry, each one has personal opinion. Mike Novogratz. The founder and CEO of Galaxy Digital Michael Novogratz recently use the possibility to express his position and the position of Galaxy by sharing a message on Linkedin blog. In this message the famous hedge-fund investor made it clear that structural racism can be found in all parts of the planet.

Novogratz confirmed that Galaxy Digital will do its utmost for eliminating both conscious and unconscious racism in the company and the whole crypto community. He also noted that these were the decentralization principles that formed the basis for the technology (expanding of rights and opportunities of certain people, fairer institutes and true freedom), and this is also what made Galaxy enter the industry. Vitalik Buterin.

By underlying the necessity for changes due to the current events, Ethereum co-founder Vitalik Buterin also uses Twitter to support the tendency claiming that “many of crypto concepts and colations are dying out, and the new ones are being born”, and the crypto space “should carefully track and adapt to the new realities”. Other famous members of the crypto space have also reported similar positions, and the Casa technical director Jameson Lopp states that crypto does not allow for any discrimination on “race, gender, religion, age, nationality or disability”.

Still it seems that not all the industry players support protests. Maybe it is no surprise that a well-known crypto investor and Bitcoin pioneer Nick Sabo expressed an opposite opinion while commenting on the situation. His statements published on Twitter look rather meaningful, and differ from the views of many if his colleagues.

Sabo spreads the point that George Floyd could die because of a heart attack caused by drugs, but because he was strangled. And despite black people are facing racial inequality in the USA, he believes they are wasting their time.

Distraction from the systematic racism concept was also supported by Bull Bitcoin CEO Francis Pulliot who signalled the problem was about the country itself. This, it’s obvious that each of the leading experts had a separate opinion on the situation. And although all of them differ, it seems that most of the industry players are shocked by the recent murder, and, as a consequence, demonstrate solidarity with the anger expressed by the protesters. Crypto as a spirit of freedom and equality. Considering all the above mentioned, the question arises, whether the crypto space bear the social responsibility and does it in solidarity with their black brothers and sisters? Clearly, the time has come for cryptos to support common spirit. In short, the USA currently seem to be the divided nation, and this would require more careful look from both governmental and non-governmental units aiming to make necessary changes for strengthening the country’s basis.

Still crypto space and it’s members should also stand in solidarity with the black community not only due to the moral considerations but defending the decentralized principles that lay at the core of crypto and blockchain. It’s enough to have a look at the BTC main aim and what it was created for, in order to see the validity of the statement. 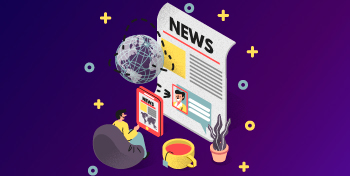 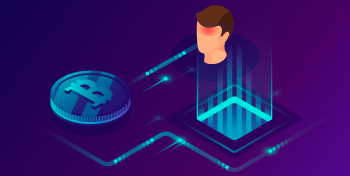 [vc_row][vc_column][vc_paragraph text="At the end of March we wrote about a Microsoft patent that referred to a crypto mining system based ... 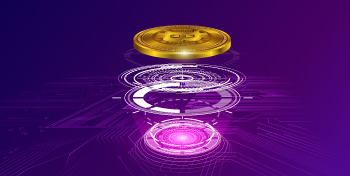