The innovative fund of UNICEF, blockchain infrastructure, and why they have decided to accept Bitcoin and Ether donations.

Innovations, assistance and education on blockchain.

The children’s fund at the United Nations was established in 1946 for assisting children in the countries that most suffered from the Second World War. Once the consequences of the war were no longer the priority, the fund directed efforts towards global programs for improving the welfare of children in less developed countries and in various emergencies.

Christina Lomazzo is the head of blockchain at the Innovation management which task is mainly associated with working at Ventures blockchain, and Lomazzo leads the team consisting of 6 people. Together they put money into technological prototypes that they evaluate and define which could have exponential influence on UNICEF activity and its ability to carry out its mission in developing countries.

Before joining UNICEF, Lomazzo was working for Bank of Canada, and this is where she first got acquainted with the concept of Bitcoin. Then she lead the Deloitte practice touching the governmental sector and wrote a dissertation on how global markets take blockchain. Furthermore, Lomazzo teaches the distributed ledger technology in various universities of Canada and USA.

Solving the issue of improving children’s lives around the world.

For those who are not acquainted with blockchain the technology can be understood as the basis for Bitcoin and other cryptos. To be short, blockchain can be described as a data ledger that keeps the transaction records and ensures security, transparency and decentralization. As it follows from the technology’s name, this is a chain of blocks that cannot be changed or controlled by any entity. But as the UNICEF team confirms, possible applications of blockchain go far from being just a crypto.

Bringing up new generation. The expert said, “We have a venture fund for investing in startups at the initial stage, and we have already made at least 7 investments in blockchain. As the organization works in more than 190 different countries, we will also help our departments to implement their initiatives and take the advantage of blockchain”. Then Lomazzo added, “We also have a basis for teaching next generations through a course called Surge. Children will study events, hackathones and train different skills associated with blockchain and its potential”. The innovative UNICEF fund is the first of its kind to the UN, and it offers the financial grant amounting to $100 000 along with technical consultancy and mentoring for promising startups that bring novelties based on the technology with an open source code.

There are various ways to find out how these exponential technologies may influence UNICEF, and one of these ways is to use a venture fund as it is actually expanding the development of the technology”. UNICEF does not take responsibility for these startups and invest only in projects with open source codes that base in the countries where the organization implement projects. As a rule, projects are implemented in the developing countries, and the point is that create solutions for local issues. One of the main misconceptions in technological space is the assumption that new technologies launched in such cities as San Francisco or New York, will automatically meet the needs of any country that does not correspond to reality. Open source code software can attract many people, and beneficiaries of our venture fund solve local issues that may also have a significant impact. Once we have started start building solutions for illiterate people or those who live below the poverty line, these types of technical applications would also work in developed countries”, claimed Lomazzo. 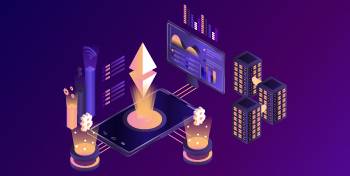 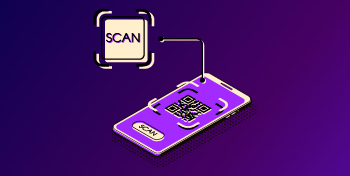 The Chinese QR codes for tracking health status played an important role in deterrence of spread of coronavirus in country. ...