President Trump and United States officials have expressed concern that data belonging to TikTok users in the United States are being passed to the Communist party of China.

The deal with Microsoft is still ongoing.

US President Donald Trump and government officials have expressed serious concern about TikTok which is wholly owned by the Chinese firm ByteDance, and is used to collect the personal data of 80 million Americans. Although platform representatives have denied the claims that they share information or are under the influence of the Chinese government, this has done little to satisfy Trump, as evidenced by yesterday’s Decree.

The President recently started promoting the idea of buying out TikTok by an American company, and even set a September 15 as deadline for concluding a deal. Trump also insisted that if the Tiktok sale did take place, he expected “a very significant portion of the price to come through the United States Treasury.

Microsoft has become a leader in the race to acquire the highly profitable TikTok app services in the United States. The deal could also lead to Microsoft changing the social media landscape, as it would give them a new competitive advantage over other social media giants such as Facebook, Google and YouTube.

Microsoft confirmed that it has been in talks to buy TikTok’s operations in the United States, as well as in Canada, Australia and New Zealand since August 3. The tech giant is working with the White house on a deal that should be completed by September 15.

CEO Satya Nadella is in talks with President Trump about the likely acquisition of the social network, promising to improve the security and digital protection of American data obtained by the Chinese app.

Microsoft is fully aware of the importance of problem solving. The company seeks to acquire TikTok subject to full security checks and providing appropriate economic benefits to the United States, including the U.S. Treasury,“ the statement said.

While Trump seems open to the idea, many experts believe that his real goal with the Executive branch law is to force ByteDance to divest its operations in the US, and this is largely motivated by escalating trade tensions between America.

Can reliable social apps based on blockchain fill the gap if TikTok disappears?

TikTok is undoubtedly one of the most popular apps in the world. It has been downloaded more than 2 billion times, more than 150 million of them in the US. ByteDance is allegedly willing to sell 100% of TikTok’s operations in the US to appease the authorities and keep TikTok on the world stage, which has sparked discussions about acquiring Microsoft.

While Microsoft hopes to step in, Block.one seems to be aiming to attract the 80 million us-dominating generation Z subscribers to TikTok in a way that will generate incredible benefits for Bitcoin and the cryptocurrency market.

Block.one has created its own social media platform, called Voice, which aims to ensure consistency and transparency in social networks. Representatives cite concerns about Tiktok’s privacy as the reason for switching to a decentralized alternative to Block.one.

[vc_row][vc_column][vc_paragraph text="Chinese media and some of the users report that dApp EOS turned out to be a scam as it ... 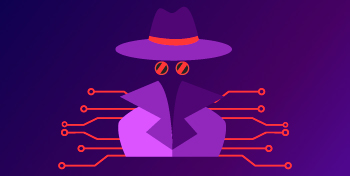 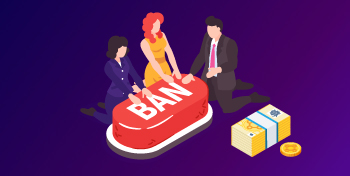