Consider a number of different applications that are likely to be of interest to you, as they will serve to improve your privacy more significantly when working on the Internet, especially if you are a crypto trader or freelancer.

The best tools to ensure privacy on the Internet

Unlike the previous articles, which focused on Internet applications that apply to almost everyone, the ones we’ll look at are more selective options that are better suited to more hardcore privacy advocates. Let’s get started.

It has become common for everyone to rely on large cloud storage providers to back up their phone data and, more importantly, their computer data or the entire business. This is most often done using services such as DropBox, Google Drive, and Apple iCloud. However, this leaves your personal data unprotected and at risk, due to their poor-quality encryption methods, lack of open source software, and lack of respect for your overall privacy.

The best solution, if you are technically savvy , is to set up your own private server and launch Nextcloud. The advantage of choosing such a platform, in addition to the obvious features such as open source and privacy orientation, is that it can be used and operated completely free of charge. This is only limited to the server provider, which is ultimately your choice, and then it will determine the number of functions used in it.

As such, it is a low-cost and high-performance tool for anyone who needs cloud storage solutions. This is due to the fact that you need to set up and manage your own private hosting, as well as pay for this individual service. Overall, this optional add-on is worth it for someone who is interested in really taking certain things to the next level, or depending on their overall needs and data requirements.

Initially, devices such as banknotes were designed as a novelty, and only as a function of the device. However, as the Internet of things spreads,

many note-type devices have expanded to include them in the device network for relevance.

Of course, with additional benefits, additional risks and security measures are added. Many of you are probably familiar with the most common notebooks, which are called Apple Stickies, Evernote, Google Keep, and Microsoft OneNote. Like everything else, these apps blatantly spy on you, don’t use advanced encryption methods, and have a whole host of other vulnerabilities that almost exclusively degrade your security, compared to better alternatives.

There are several options to choose from in the app plan. Our personal and long – standing favorite is Standard Notes. Standard notes is a relatively basic platform, mainly for creating notes, that can be synced across a wide variety of platforms, from desktop to mobile devices of all operating systems. Standard notes should be enough for most of the use cases that most people encounter.

If you’re looking for slightly more attractive alternatives, consider Joplin and Turtl. Joplin tries to be a more comprehensive app, and also syncs with other privacy software like Nextcloud, which we talked about earlier as the best cloud service platform.

Turtl, on the other hand, provides you with several features that allow you to store bookmarks, passwords, and even documents for confidential projects, making it a pretty good all-in-one application for more enterprise-type entities, as well as for broader individual use cases.

There are many reasons why you might be interested in encrypting files. This is as simple as having to ensure that your hard drive is encrypted so that if in the event that your device is lost or stolen, any attacker will also not get access to your data. But it can also have to do with protecting confidential projects on USB drives, in email, storing projects on your open desktop, or for any number of other reasons. I would recommend, at a minimum, that everyone keep their hard drive encrypted.

The most popular project is known as VeraCrypt. This is a long-standing project, branched out, compared to the original TrueCrypt, which was abandoned in 2013. Veracrypt is good for General encryption use cases, and its continuous development has solved many features and long-standing problems and bugs. As a universal project, this is one of the best options for normal use.

When it comes to protecting your email, don’t look for anything other than Gnu Privacy Guard. Also known as GnuPG, it complies with RFC 4880, and is based on free software. Its characteristics also correspond to OpenPGP. The project is now so well received that it is currently partially funded by the German government.

Finally, for more extensive file archiving, we would like to recommend 7-Zip. This will encrypt large files and put them in compressed containers so that they remain secure, but don’t clog up too much shared disk space. This makes it convenient for the large-scale tasks we mentioned earlier. 7-Zip works with all major operating systems and devices.

Office tools and the exchange of documents

Our latest security suggestions will be related to common office tools. Online, these are platforms like Google Docs, while offline, they can use the more widely known Microsoft Word, among other platforms. As we have previously stated, information published on these platforms can and will be used against you. It is publicly stated that Google actually reads all of its content in search of metadata to create advertising and demographic assumptions about authors. By switching to more reliable, secure, and open platforms, you will be providing a service to everyone, with the exception of monopolistic corporate giants.

As for online tools, we’ll start with CryptPad. This website is really your real gift, to replace the Google documentation. They have most or all of the tools you’ll need, from documents to spreadsheets, but with one notable feature. It consists in the fact that all data is encrypted from beginning to end (E2EE). To make things even better, no registration is required, so you can do everything on the fly or anonymously as you please. You are also able to create your own account to save data this way if you want.

For more technical people who prefer a higher degree of autonomy and control over their online documentation, I would recommend that you take a look at Etherpad. This website contains open source online editing software that can be uploaded to any project you are currently working on. In theory, this will allow you to host everything yourself, as well as run already protected software in the first place, giving you complete control over everything.

Finally, for the more public side of the equation, there is blogging, which is still considered a form of document sharing. Perhaps the best platform at the moment is WriteAs. They offer a great set of tools depending on your blogging needs, and they also offer both free and paid versions of their online app.

In addition, since this is open source software, they allow you to create anonymous publications. You go to the site and start publishing your article almost instantly. You will need to further expand your account, or pay for blogging services, otherwise anonymous articles will be deleted after a certain period of time, which will lead to the disabling of some services on their part.

And before we finish this section, it should be said: if you are interested in offline tools, don’t look for anything other than OpenOffice, where you need a free offline tool for the office.

Generally speaking, these days the use of both local and online applications is a frequent occurrence for almost everyone, since our lives are completely connected to the world wide web. To maintain your self-esteem on the Internet, you should always ask yourself if there is any alternative to improving the apps you use frequently.

For the most commonly used elements that can deal with messaging or writing in General, there are often examples of this. One website that lists many alternatives to a wide range of apps is AlternativeTo, and it’s worth checking to see if your question about what you’re using is relevant and if there are better alternatives.

The problem, as always, is complex, but it comes down to how much you value privacy, how much effort you put into protecting it, and how often you use certain types of apps. The dependency on each variable should really determine how much energy you put into your privacy protection. 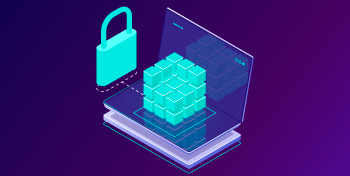 [vc_row][vc_column][vc_paragraph text="People’s care for their health and panic around COVID-19 offer new opportunities for individuals and politics that search for ... 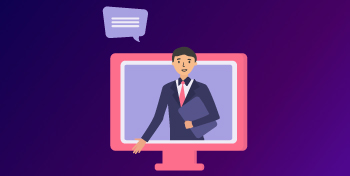 Despite the economic turmoil caused by COVID-19, 2020 has been an impressive year for Ethereum. The price of the world's ... 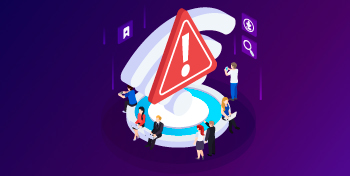