The new blow to the crypto industry would be lead by the ban for storing anonymous deposits within the country introduced by the Russian government and supported by the legislative body.

10 million of crypto users would suffer from the new ban.

Adoption of the new ban is separated from the actual legal and regulatory foundation for the crypto industry outlined in the draft law on “Digital assets”, or DA that is expecting the final decision in December.  The commentary made about the upcoming regulation stated that the outcome may be “a complete surprise”.

Russia should regulate crypto in a manner that would not interfere the financial sovereign. Despite the positive prospective, the upcoming regulation concerning digital currencies really bothers those who are involved in crypto business.

The State Duma aims to ban crypto next year after the implementation of the new law approved by the Russian President.

This is associated with the recent announcement made by the government on that crypto activity legalization would create certain risks. But, as an alternative, the law has permitted deals with so-called Digital financial assets (DFA) which serve as securities.

Russia has been considering the concept of crypto regulation so that it would not pose obstacles to the financial sovereign, and despite there were a lot of rumors about some positive regulation, the governmental position was quite passive. It is supposed that the new law would be damaging for over 10 million of crypto users within the country. Nevertheless, the legislators remain relentless in their fight with financial crimes along with other illegal activities such as drug selling, terrorism, and especially those implying cryptocurrencies .

With the ban for anonymous deposits, citizens and residents will no longer be able to deposit cash for buying crypto as they would be able to top up balance of crypto wallet’s only via bank transfers guaranteeing that crypto users leave digital marks.

Along with the crypto wallet deposits, transport cards would also be included in the ban as the Russians have to send money to such cards via bank transfers.

The lawmakers have been working at the draft law regulating the special rights concerning so-called “digital financial assets” in order to supervise token and coin sales as well as the operations with such assets. The policy forbidding anonymous crypto deposits in Russia has become the addition to the national payment system. The law was adopted in 2019 but it came into force in a year that gives crypto wallet platforms some time to adapt their business processes.

One of the central bank representatives noted, “These changes have been brought in order to reduce risks associated with anonymous cards and digital wallets transactions”

The ban would have minimal effect on the blockchain. According to Russian economist Antonina Levashenko, these restrictions would not affect the blockchain space. Still it is expected that it would spread on virtual currencies.  Another person interested in crypto – Mart Stankevich, EXMO crypto exchange manager, considers that anonymous deposits ban would be effective only for stock companies that are serious about compliance with the rules.

Russian President Vladimir Putin has recently signed a law forbidding crypto as a mean of payment, and instead of this the asset would be considered as a property, not as a payment tool. 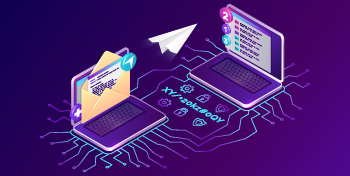 Consider a number of different applications that are likely to be of interest to you, as they will serve to ... 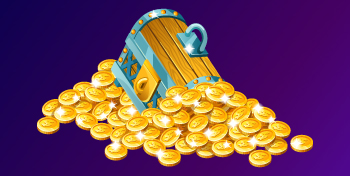 This year has been very volatile for both traditional and cryptocurrency markets, as the effects of the Covid-19 pandemic continue ... 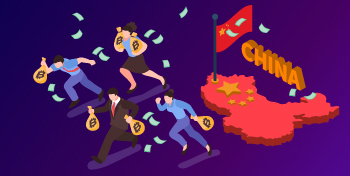 An excerpt from the upcoming Chainalysis report on the geography of cryptocurrencies for 2020 claims that crypto assets worth more ...