Less than 1% of the world’s population uses cryptocurrencies. And whether the remaining 99% want to use them or not doesn’t matter. Central banks are working at assets issued by the state, and they will make you want them.

CBDC and the war on cash

The Central Bank’s digital currency, abbreviated CBDC, is no longer a dystopian future. It already exists.

The fed recently announced a partnership with MIT to create its digital dollar. China first mentioned the prospect of a CBDC back in 2016, and it is now in the final stages of full implementation.

The CDBC race is well underway, with more than 80% of the world’s Central banks exploring their potential.

If this seems like a good sign to you, and you think that it will contribute to the early adoption of the crypt, then you are deeply mistaken. At some point, they will simply replace all your notes in your wallet. So what does this mean for us?

As Fiat currencies continue to fail, Central banks and governments are doing everything in their power to prevent the inevitable. And the inevitable is the collapse of the dollar as the world’s reserve currency and the entire financial system that we know

Let me tell you about some disturbing features and features that you probably didn’t know about.

The main threat that a cashless society poses to us is the loss of our freedom. Think about it.

You can only spend CBDC through the DIGITAL app on your phone.

This will be a disaster for your privacy. Governments will track and record every transaction you make.

Imagine if the state controlled all aspects of the financial system. This is what they can and will do with programmable money.

If the complete loss of privacy doesn’t bother you, it’s possible that the loss of your money may attract your attention.

Through the CBDC, the government has the ability to approve or reject any of your transactions. Do you want to buy a product that is not authorized by the state?

Do you want to tip the neighbor’s boy for throwing snow off the driveway? Good luck. You will never be able to make a payment.

But wait, that’s not all.

CBDC can make negative interest rates mandatory for everyone. The government can simply deduct interest from your digital wallet. And if that’s not enough, imagine what your friendly tax office can do.

And on top of that, the government will never stop increasing the supply of digital currency. They will simply “print” even more and devalue your funds due to inflation.

Cryptocurrency – the path to financial independence?

CBDCS have serious implications for gold, Bitcoin, and cryptocurrencies. Some analysts think this could be dangerous for Bitcoin as well. But it is possible that the introduction of a digital dollar, Euro or yuan will be extremely beneficial for the BTC. This will increase actual acceptance and demand, sending the prices of the Bitcoin into space.

People will realize that they can control their wealth. With Bitcoin, they will still be able to receive, transfer and store money without any obstacles.

And as CBDC owners will see the value of their savings deteriorate due to the endless issue of money, the value of PTS will increase due to the limited supply. But this is only one of the options.

The second option is altcoins. It is anonymous coins that are not tracked and are confidential. They will become a panacea for ordinary citizens. Why?

The colossal rise in the cost of BTC is great. But do not forget that it is positioned as a mean of accumulation. It is not for nothing that it has the status of “digital gold”. When, as analysts predict, the cost of military-technical equipment will reach 100 thousand dollars, few people can afford to buy this asset. Also, Bitcoin transactions are not that confidential. They are easy enough to track.

Now answer yourself: who is interested in your unfortunate cryptocurrencies on your digital wallet? No one! We are talking about the global control of the world of Finance, which is provided by Blockchain technology.

Blockchain is the best tool of totalitarianism

When you think about the inexorable nature of optimism that lives in the minds of the young and brave, you feel sad.

As we all know, there are three main processes that determine social interactions between members of the same species: survival, reproduction, and power struggles.

We were involved in civil wars, revolutions, struggled with absolute monarchy, we destroyed religious institutions that used the “word of God” to accumulate money and power. Most people living in Europe and the United States tend to think that what happened is just part of the ongoing liberation process, but as Bruce Bueno de Mesquita and Alistair Smith put it in their best – selling book, the dictator’s Handbook»:

“The crowd is also a key factor in the movement to power. Seduced by the ideals of new beginnings, the young are used as weapons by the new elite to overcome the old, and when the dust settles after the battle, only a few are given new opportunities.” And it’s hard to disagree.

What is the easiest way to bring people together in the world? Declare war on oppression. It doesn’t matter which one. But it’s about financial freedom.

Now we have a blockchain. For the past decade, we’ve only heard how distributed ledger technology (DLT) is going to “free people,” that “we’re going to give power back to the people,” “that governments and banks are shaking.” Don’t be naive. They do not tremble, because in their eyes, the blockchain is the highest tool of oppression and domination.

Here you must be justly indignant: “What are you talking about?! We are in control of their own money. We have no intermediaries who can freeze our Bank accounts, no regulators.”

Yes, you are in control of your money. But no one cares about your $ 100 on a Coinbase wallet. What really matters is the billions of dollars that are held in various hedge funds around the world under the round-the-clock supervision of various regulatory agencies.

In many countries, you have to pay taxes, otherwise you will be fined or even jailed if you are caught evading. The rest of the world is mostly totalitarian, so the concept of financial freedom for citizens of powers like China and even India is very vague. Governments are bound to change the law to suit your liberal views, but as has always happened in history, these laws will be distorted by lies and convoluted opportunities that will be used against you if necessary.

“But what about zero-knowledge proof? What about all the other private protocols? They won’t even know if there was a deal at all.”

People don’t care about their privacy. Every second, the Internet receives terabytes of information just because someone wants to share their location, show what they had for Breakfast, or demonstrate their new ass or lips, openness and intellectual level by posting their comments about the show “Home”. What will people choose? A difficult step into the unknown, where you have to deal with security on your own or just a one-click UX solution protected by banks, governments, and armies? Naturally the second.

“Bitcoin can become a means of saving for the new Internet. If BTC doesn’t, then we have other candidates like ETH, LTC, or DOGE to take its place!»

One day it may become a means of saving, but BTC is a centralized organization. 60% of all coins are stored in less than 8% of wallets. And don’t talk about hashing power, because it’s even more centralized. Those who own 60% of the shares control the price as they see fit, and if you think they don’t know each other and that this is a free market, then you should probably check the meaning of the word “oligopoly”. Government agents and major funds have been involved in cryptocurrency from the very beginning.

The most influential people in the crypto sphere discuss the future impact of decentralized Finance. But think about government structures and currencies. Do you really think they’ll just disappear?

Let’s say it’s 2030. Each currency is virtual. Funds do not exist, and you cannot transfer money without using one or another DLT. The system records and stores each transaction in a public ledger. Your wallets are not anonymous or even pseudonymous, they are linked to your ID, and the only currency that you can legally use to buy goods, services, and pay taxes is the national digital currency. Transparency is absolute, so any regulatory body can check your expenses at any time and if they notice something suspicious, many questions will arise.

This scenario seems ridiculous, but it is quite realistic for China, given the Communist party’s willingness to support Xi Jinping forever and rumors of a system that will rank every citizen for their achievements and early failures.  What about Russia? There is a thriving community that has grown exponentially over the past two years, but as the issue of the legal field is being resolved, will the cryptocurrency also collapse?

The world is mostly made up of totalitarian States. For various historical, economic and political reasons, they do not want to delegate more powers to their citizens, and they do not want to lag behind in technological progress. As always, they are going to take the technology, bend it to their will and use it to their advantage, suppressing anyone and everyone who stands in their way.

Instead of DeFi, we get CAI – a centralized Autonomous institution, hierarchical, transparent and regulated.

There is a huge problem with DeFi that are being created at the moment. They are very capitalist. You can do anything with money. In POW systems, you can buy a lot of hash power and instantly become a major influencer in the market. In POS and dPOS, you can install nodes and even try a 51% attack. Money determines the power of the voice, and this is completely undemocratic.

Even democratic social systems tend to become oligopolistic. Major market players collaborate to control prices and information flows. What do we get as a result? A global predictor that holds the entire financial world in its hands.

If the power of the vote is somehow determined by the amount of money spent, then decentralized Finance becomes a centralized structure, covered only by the illusion of democracy, when in fact it is controlled and coordinated by several people. 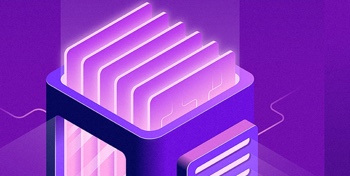 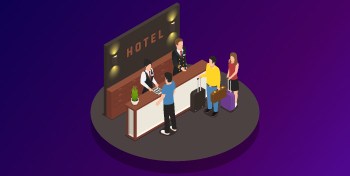 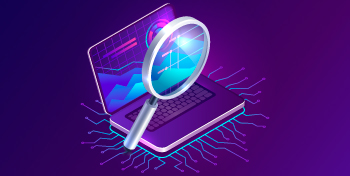 [vc_row][vc_column][vc_paragraph text="South Korean startups have pooled efforts with Interpol to monitor the darknet for possible unlawful actions including operations with ...