Cryptocurrencies may seem like a natural step in the evolution of money, from metal coins to paper banknotes to digital bits, with each step providing more efficient payment methods. But this is not the case.

The evolution of money is simply inevitable

Money really makes the world go round. This has always been an inexplicable part of our daily lives, from earning money from work and investing, to spending on products, services, and experiences. This is a necessity, regardless of the currency, which has always been a symbol of exchange and prosperity.

Money has been around long enough to evolve along with everything else in the modern era. Technology has spawned cashless transactions, and even spawned the concept of digital currency and cryptocurrency, which still embodies the essence of money.

The concept of digital assets went viral when the world was introduced to Bitcoin in 2009. Essentially, it is digital money that operates independently of the bank, allowing it to be regulated instead by immutable consensus mechanisms.

To better understand the digital currency and its benefits, it is worth studying the detailed history of money.

Money is what people use to pay for goods and services. Money has gone from paper to digital over the past few years. But before the advent of fiat and digital currencies, money was just barter: two people agreed to exchange their goods and services for amounts that they thought were of equal value.

For a payment method to be considered “monetary”, it must perform three main functions, namely:

Money has come a long way since people got used to barter. Let’s take a closer look at how money has evolved over the years.

Barter was a common practice of purchasing goods and services for about 3,000 years before the advent of coins. Barter involved a lot of negotiation, bidding, and changing the terms of the deal before the two parties could agree that they would receive the same value of the goods and services exchanged.

However, bartering can take a long time. Sometimes the seller sees the services as a fair trade of their product rather than another product. Let’s say you sell a rare item. What you would consider a fair trade for this item might be that the buyer is completing a task that takes weeks to complete.

Eventually, people settled on items that could be easily sold, such as animal skins, salt, and weapons, to speed up the process. These items are often recognized as the first currency.

Since trade goods are not always easy to carry around, there has been an evolution. China and Europe have been pioneers in the world in creating items similar to modern money to make it easier to buy goods and services.

The first region to produce coins was Europe. This object is still known as the mint. The minted coins were made from a naturally occurring mixture of silver and gold called electrum, and they were stamped with images that served as denominations.

In subsequent years, banks started to appear, anf they were to become the main institution that holds the metal coins. Banks also issued paper money for borrowers to carry with them. At any time, a person could go to a bank to exchange their printed currency for its face value in metal coins.

This made it easier for people to pay for goods and services in large quantities, and added an extra layer of security and convenience.

If there seems to be a general trend in the evolution of money, it is that it is generally becoming more portable, affordable, and easy to handle. Technological advances have allowed users to carry virtual currency on their mobile devices, such as smartphones, and use it in mainstream stores and among peers.

Currently, banks have official applications that allow you to make local and international interbank transfers, making access to money global.

With the advent of mobile wallets, a completely virtual currency has appeared. In 2009, the financial world was stunned by the advent of Bitcoin, the first cryptocurrency. Everything revolves around the fact that it can work with decentralized power, moving away from banks and fiats

The Future of Cryptocurrencies

So, what does the history of money tell us, especially about the latest developments in the field of cryptocurrencies? According to Eichengreen, one general trend can be distinguished from historical data: “Over time, political jurisdictions and residents of common economic spaces have a tendency to converge on a single currency.” There are notable exceptions, such as the US from 1830 to 1860, but convergence was the norm.

Today, the political reason for convergence is less important; seigniorage is no longer necessary to finance national defense. Instead, “the argument for a state monopoly on the issue of money should be based on the economic efficiency of a currency that is both homogeneous (since there is only one issuer) and stable.” If all my purchases are made in rubles, from my local grocery store “Pyaterochka” to a magnet brought from Sochi, I do not need to worry about exchange rates. Ruble is ruble. This reduces the cost of finding the information needed to complete transactions. I also don’t need to worry about trusting the issuer, the government of the Russian Federation.

This power of cost-effectiveness at the expense of lower information costs with fewer funds is also the reason why we usually only interact with a few digital payment services, such as Visa and Mastercard. Credit card companies provide protection against default, and a dollar loan from Visa is easily and reliably converted into a dollar loan one-to-one. In addition, as Eichengreen notes, currency consolidation ” replaces information in the sense that there is no need to have information about the creditworthiness of each issuer, since there is only one.”

Cryptocurrencies resist the long-term consolidation of fiat currencies to the point where the nation-state assumes monopoly control over the money supply. Cryptocurrencies have allowed a return to competition between the mints of past centuries. This is why Eichengreen argues that the monetary landscape is being turned upside down by the digital revolution: the issuance and circulation of privately-branded crypto and the prospect of central bank digital currencies.

Standing up to this long-term trend is what makes cryptocurrencies so exciting. That’s why Eichengreen sees the future of crypto assets in” stablecoins ” issued by the state. State-owned cryptocurrencies share all aspects (good and bad) of modern non-digital currencies. We know that they are feasible as a natural growth of the current public money.

Stable coins, unlike Bitcoin, are tied to a different asset and can be a golden mean: more viable than others, but more revolutionary than government notes. Stablecoins can potentially take advantage of modern currencies.  Eichengreen breaks them down into four categories:

Since any viable currency must have low information costs, and cryptocurrencies with the lowest information costs have other problems, Eichengreen concludes that the only reliable way to create a digital currency with a stable value is to issue it by a central bank.

Eichengreen acknowledges that issuing a digital currency by a central bank, let alone granting it a monopoly in this space, will not appeal to libertarians opposed to any government intervention. Any history of money should look not only at the possibility of moving towards a reliable monopoly on money, but also at possible monetary disasters along the way.

Money will always be with us, and it will continue to evolve and adapt to human needs. Don’t believe anyone who tells you that the world will ever give up money. No, the only thing that can be changed is its form.

It’s good to see what the future holds for the digital currency. If stablecoin is destined to become the new money on Earth, then it remains to be believed that the governments that issue it will be humane and fair. 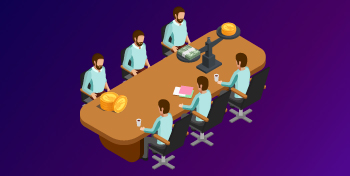 Iranian legislators insist on that BTC and other cryptos should be taken seriously by the central bank as a new ... 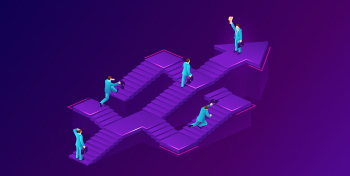 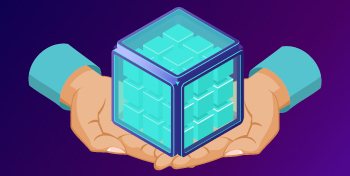 Blockchain, as many of you know, is a distributed database, which is a decentralized digital Ledger shared across a large ...