Security officials tracked a payment of one million dollars for ransomware attacks to a wallet based on the Binance exchange.

Experts reproach Bitcoin for the fact that It acts as one of the most frequently used ways to pay for ransomware attacks. In light of this, a recent report from unknown sources claimed that Bitcoin was used to pay for a Ryuk ransomware attack that began in 2018. Interpol also claimed that hackers are now using BTC as a method of payment for attacks due to the privacy associated with using the digital asset. Security experts reported that since the creation of digital assets, hackers have been paid about $ 61 million via Bitcoin.

In its basic sense, the attack of ransomware – is to attack the encryption performed by the hackers after gaining access to the system backdoor. Hackers, in turn, demand payment to help victims decrypt their files and gain access to them. Due to the difficulties caused by the coronavirus pandemic, ransomware attacks have become more frequent since the beginning of the year. The full report provided by some researchers points to Binance as the main platform that these criminals use to commit their misdeeds.

Binance promises to increase security to identify wallets involved in ransomware attacks. According to reports, hackers using Ryuk ransomware attacks were able to send their funds to Binance and cash out the same amount. Since the beginning of Ryuk’s activity in 2018, they have sent 2795 Bitcoins to their wallets.

When Binance learned of the researchers ‘ reports, they said they were doing everything in their power to catch these criminals. Binance also noted that it is working tirelessly to improve security and KYC on the platform. Crypto hacks caused losses of more than $ 13 billion. According to a report by Slowmist, a blockchain security company, the total amount of losses from hackers is about $ 13.04 billion. The firm collected and analyzed data on blockchain networks and cryptocurrencies over the past decade, as well as any related events.

Experts found that EOS DApp applications were affected by 115 cases of hack, which is the highest rate for any block chain. However, the funds lost as a result of these attacks were relatively lower compared to attacks on exchanges and wallets. The EOS Dapp hack resulted in a loss of almost $ 10 million. Despite the fact that the figure is considerable, the amount is insignificant compared to the funds lost due to a wallet or exchange hacking.

Hacking exchanges resulted in a loss of $ 4.5 billion, and hacking wallets – $ 7.1 billion. Meanwhile, the Ethereum DApp or ERC-20 hacks resulted in losses of $ 142 million. While blockchain networks are advertised on the basis of providing reliable securities, the same cannot be said for solutions built on them. From the Ethereum decentralized Autonomous organization (DAO) hack to the Bitfinex troubles in 2016, crypto hacks have reminded us that neither exchanges nor smart contracts deployed on the network are 100 percent secure. 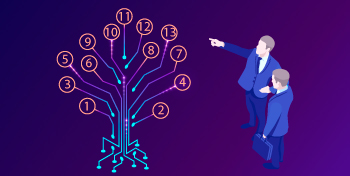 We are all familiar with the phrase "don't put all your eggs in one basket." The logic is simple - ... 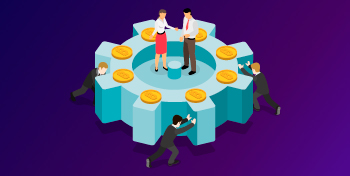 [vc_row][vc_column][vc_paragraph text="The newly minted billionaire commented on cryptocurrencies stating that he was not Bitcoin fun and he would rather use ... 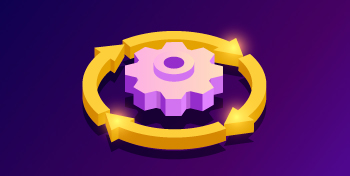 If the price of Bitcoin is at the center of all current discussions, then the ETH price also continues to ...