CBDC is developing, and many fear that it will lead to further clashes not only between economies, but also between countries.

The world’s most powerful countries are switching to CBDC

While digital assets owned by banks will appear, all user data will belong to them as cash goes out of use. This is where “real“ cryptocurrencies continue to perform their role of providing freedom and some semblance of anonymity.

The past few years have brought major changes to the crypto industry, but also to the traditional financial system. Due to the rapid growth of cryptocurrencies in 2017, the world has learned about the crypto industry, its potential, risks, and cryptocurrency has become a hot topic. However, unlike many other trends that tend to occur just as suddenly, the crypt has never gone away. Instead, it became bigger and stronger.

The surge in prices in 2017 was followed by the crypto winter of 2018, when prices for most coins fell heavily. However, the industry has definitely made an impression, forcing major companies to show interest in digital coins.

The most notable of these was Facebook, which eventually announced the development of its own coin. This has caused a major shift in the world, as entire countries, presumably out of fear of Facebook’s ambitions and potential ownership of future money, have decided to make their own move and enter the world of digital assets. China, of course, was the first to announce a national cryptocurrency, the so-called Central Bank digital currency (CBDC), commonly known as the “digital yuan“.

But, although this was the first notification of the world, it was far from the last. Wary of China and Facebook, many other countries have done the same. And, according to recent reports, right now even the US is setting up its own CBDC.

The role of “true“ cryptocurrencies New reports claim that the US has no plans to launch its coin and actually use it. However, many believe that this is temporary, and that the digital dollar will see the light sooner than anyone thinks. If this happens, it will lead to a major clash between the digital dollar and the digital yuan, as these two main forces continue to face off. The tension between them is already high, and there is no reason why this could not continue in the CBDC space.

Meanwhile, they will both offer their services to people, but as coins owned by banks, they will completely abolish privacy.

This is where “traditional“ cryptocurrencies come to the rescue. While they still lack some aspects, such as stability, scalability, and speed, they will still provide some degree of privacy, and user data can remain intact and secure.

They can help people resist state power that can suppress them as part of a social conflict. As in the case of Fiat currencies, cryptocurrencies will offer a third option which will be better with freedom. These are the freedoms that large countries are unlikely to include when launching CBDC. 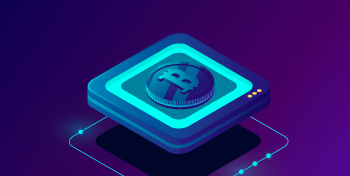 Experts have revealed that ISIL used crypto platforms for concealing financing and getting around the financial security measures. Terrorists believe ... 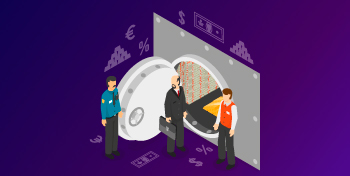 Due to the COVID-19 pandemic’s consequences for the economy the US Treasury has recently announced it is going to borrow ... 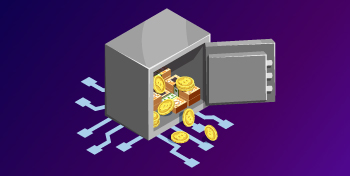