The Facebook Libra project, despite being under implementation and facing regulatory challenges, has proved to be a nightmare for many traditional banks.

However, Central banks around the world are beginning to explore the possibility of using a Central Bank digital currency (CBDC).

Globally, China is leading the race of countries that intend to launch CBDC. The country has already started a pilot program to test its coin with citizens already using the currency to pay for goods and services. Former Reserve Bank of India Governor Raghuram Rajan said the trio of Bitcoin and Libra and CBDC will eventually fight for dominance. I would like to think that Bitcoin and Libra are also competing with the Central Bank’s digital currency. The concern about Libra was that in their early forms, they were, on the one hand, ambitious in what they wanted to do, but very vague about what security measures would be.

Libra appeared in 2019. The creators talked a lot about how stablecoin will be useful, but shared little details about how it will go through the process of becoming, and what it can potentially do to protect customers and their personal data. These problems have angered investors and users around the world, as Libra developers missed this opportunity. Facebook, on the other hand, has been at the center of several scandals in recent years. Since the Cambridge Analytica scandal has put it in the spotlight of selling users ‘ personal data to third parties for advertising purposes, trust in Facebook has fallen dramatically.

The company has also not yet given many answers to this question. This caused even more fear when the Libra coin was declared to be the world currency. The coin was to be issued through a new wallet that allows users to potentially buy goods and services through Facebook. Rajan answered my question, what will be the competition between Libra, Bitcoin and CBDC?

Libra will remain a nightmare for most banks, even if the currency is centralized, just like the firm.” Rajan said this is the worst opportunity for Central bankers: “Someone is going to take over the world, but we don’t have a firm confidence that the risks will be limited. Various private currencies will do similar things”

Bitcoin prompts CBDC research Compared to digital currencies, Bitcoin is far ahead of them in terms of acceptance and real-world consequences. It not only increases in price, but also becomes the main financial instrument. BTC has the largest market capitalization among cryptocurrencies. Many investors are now comparing Bitcoin to a long-term savings vehicle, especially given its effectiveness during the COVID-19 market chaos. Central banks and governments are concerned that Bitcoin could become a reserve asset or a safe haven asset that could challenge Fiat currencies. BTC is becoming a tool for preventing the ills associated with Fiat currencies. In this way, they create their own digital currencies.  The MIT Digital Currency Initiative report says that the financial sector has a chance to create a truly digital asset with its inherent value. Bitcoin has started a trend that many banks are following today. 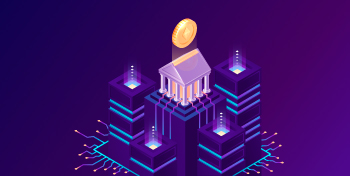 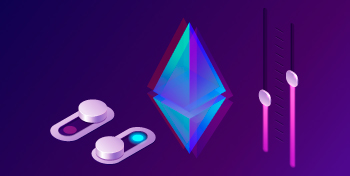 Like Bitcoin (BTC), Ethereum requires a large number of calculations to create and move coins through the blockchain. This process ... 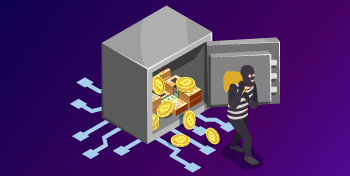 The crypto industry has experienced the full range of social engineering fraud, security hacks and vulnerability exploits. Losses from crimes ...